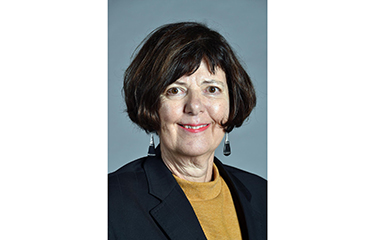 South Africa has lifted a temporary ban on an exploratory octopus fishery announced last June, at the same time it approved additional measures to avert the entanglement of whales in octopus fishing gear.

Environment, Forestry, and Fisheries Minister Barbara Creecy gave a nod to the resumption of the exploratory octopus fishery in False Bay, located in the Atlantic Ocean between Cape Peninsula and Hottentos Holland Mountains. That region is where two whales died after they got entangled in octopus fishing gear earlier this year, according to a government statement on 15 November.

The ministry said the decision to lift the ban was arrived at after consultations with South Africa’s scientific community and stakeholders, under the auspices of the New Fisheries Scientific Working Group. Recommendations from the consultation is to use of special sinking lines with extra weights, and to deploy acoustic or time-release buoys to lessen the need for vertical lines.

The Fisheries Department will, in the shortest time possible, enforce use of entirely new sinking ropes and ensure the chain on the buoy line is “moved from the top of the line to the bottom,” the ministry said in a statement.

The ministry has also recommended sheathing the top two meters of the buoy line with PVC piping/tubing, and that the buoy must be “mounted on the bottom with time release mechanisms.”

If, over the next three months, two or more entanglements of southern right whales or humpback whales are reported, the ministry said the fishery will be halted or terminated.

Halting or termination of the fishery will also take effect if at least one entanglement of the Bryde’s whale, or if one mortality of any of the whales, is reported.

Except for the False Bay, the measures announced by the minister will be implemented gradually across the remainder of South Africa’s octopus fishery areas.

“It is imperative that this fishery and all the parties involved do everything possible to ensure, not only the success of the fishery, but also the well-being of the environment in which the fishery operates,” Creecy said.