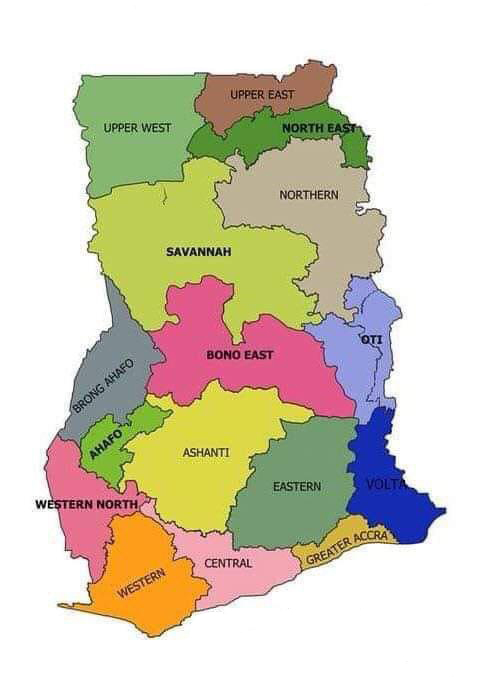 Ports: Tema is an important port for the EU fleet. Takoradi the main export port for Ghana, also services trade for landlocked countries such as Mali, Burkina Faso and Niger.

Accra is the capital and largest city. The country’s population in 2005 was 21 029 000. The country is divided into 16 regions, which are subdivided in 261 districts. The sixteen regions are: Ashanti, Ahafo, Central, Eastern, Greater Accra, Northern, Bono, Bono-East, North-East, Savannah, Upper East, Upper West, Volta, Oti, and Western, Western-North. The regions along the coast are: Western, Central, Greater Accra, and Volta. The main ethnic groups along the coast are: Ahanta, Efutu, Ewe, Fante, Ga-adangbe, and Nzima (Marquette, et al, 2002)

Agriculture is the dominant sector of the Ghana economy, employing about 60% of the labour force. Agriculture, predominantly smallholder, traditional and rain-fed, contributes 45 50% of the GDP and about 75% of export earnings of Ghana. The fisheries sub-sector accounts for 5% of the country’s agricultural GDP.

With a per capita consumption of about 25 kg per annum, fish is a preferred source of animal protein in Ghana. Fish contributes 60% of animal protein intake of Ghanaians. About 75% of the total domestic production of fish is consumed locally. The fishing industry in Ghana is based on resources from the marine and inland (freshwater) sectors, coastal lagoons and aquaculture. (Quaatey, 1997; NAFAG, 2007)

2. STRUCTURE OF THE FISHERIES SECTOR

The marine fisheries sector is usually categorized into four sub-sectors; small scale (or artisanal), semi-industrial (or inshore), industrial, and tuna. Of these the small scale, or artisanal fisheries sub-sector is the most important with respect to landed weight of fish, it accounts namely for approximately 70 to 80% of the national marine fish production (Quaatey, 1997; Amador, et al., 2006).

The artisanal fishery is characterized by the use of several gears. These include purse seine nets, beach seine net, set nets, drifting gill nets and hook and line. These gears are operated from dug-out canoes. There are over 11 200 canoes and more than 124 000 fishers operating actively from over 300 landing sites located along the entire 550 km length of the coastline. About 50% of these canoes are powered by outboard motors with engine power of up to 40 hp (Amador et al. 2006).

Hook and line, and beach seines are the main artisanal gears used to exploit demersal resources. Hook and line canoes operate in deep waters of about 80 meters on hard bottoms. Some of the hook and line canoes have facilities for storing ice to preserve fish and are therefore capable of staying up to three days at sea. They target sea-breams (mainly Dentex gibbosus, Pagrus caeruleostictus and Dentex canariensis) snappers (Lutjanus fulgens, L.goreensis) and groupers (Epinephelus aeneus).

Beach seines are used to exploit shrimps mainly Parapeneopsis atlantica and Penaeus kerathurus (both adult and juvenile) and juvenile Penaeus notialis as they move from the estuaries into marine waters. Lobster set nets target the spiny lobster, Panulirus regius on rocky bottoms and in depths of about 40 m. The artisanal fishery contributes over 70% of total fish landings annually (Quaatey, 1997)

Worth mentioning are the Lagas canoes. These are motorised canoes, which specialise in hook and line, using insulated containers and ice to preserve high valued fish. Some of these canoes are equipped with electronic fish finding devices such as echo sounders (FAO, 2007).

The semi-industrial, or inshore fleet consists of approximately 230 locally built wooden vessels fitted with inboard engines of up to 400 hp and have lengths ranging between 8 and 37 m. Vessels with lengths less than 12 m are referred to as small-sized while those between 12 and 22 m are referred to as medium sized vessels (Quaatey, 1997).

The semi-industrial vessels use ice for preserving fish at sea and a fishing trip usually varied between 3 and 5 days.

The disappearance of B.capriscus from Ghanaian waters in the late 1980’s has affected greatly the performance of the sector. The species was the main resource base for many of these vessels (Quaatey; 1997).

The industrial fleet is currently made up of 48 trawlers, 7 pair trawlers, 2 shrimpers, 26 tuna baitboats and 10 tuna purse seiners. The vessels operate from Tema and Takoradi where there are deepwater ports. The trawlers and shrimpers exploit demersal and semi-pelagic species. As deep-sea vessels, these trawlers are required by law are to operate in waters deeper than 30m deep (Fisheries Act 625 2002).

The industrial fleet has freezing facilities for preserving fish at sea and can stay for months at sea. It is reported that the industrial fleet has undergone a radical expansion in numbers since 1984 when the policy of the Government of Ghana targeted industrial fishing as a mechanism for promoting non-traditional exports (Quaatey, 1997; FAO, 2007)

Trawlers are normally over 35 m in length and have engines of over 600 hp, while the shrimpers are up to 30 m in length with engines of over 350 hp. Originally, the trawlers fished off the west and south-west coast of Africa particularly in the area from Sierra-Leone to Mauritania and also in the Angola to Namibia area. These vessels have been forced out of these waters by the enforcement of the 200 nautical mile EEZ Law by these countries.

Commercial shrimpers are restricted by law to operate between latitudes 1o 45′ W to 2o 30′ W and 0o 15’E to 1o 12′ E and in waters with a greater depth than 30 m. These vessels target mainly pink shrimp (Penaeus notialis). All shrimps caught by these vessels are exported. The by-catch of these shrimpers consists of fin-fish which include soles, cassava-fish, sea breams, cuttle-fish and red mullet.

The industrial trawlers by law are to operate in waters greater than 30 m deep. However, the bottom beyond the 75 m depth contour is untrawlable, limiting their operational area. The industrial fleet has undergone radical expansion in numbers since the launching of the Ghana Economic Recovery Programme in 1984. The aim of the programme, among other things, was to promote non-traditional export to earn foreign exchange for the country. The number of operating trawlers has increased from 10 in 1984 to 33 in 1995. These vessels target species such as cuttlefish, sea breams, groupers, snappers, soles and cassava fish for export. Commercial shrimping also resumed in 1986 with 2 vessels and the number increased to 18 in 1996. There are 2 shrimpers operating in Ghana at present. The industrial vessels have freezing facilities for preserving fish on board and can stay for months at sea.

The tuna fishing vessels catch mainly yellowfin tuna (Thunnus albacares), skipjack tuna (Katsuwonus pelamis) and bigeye tuna (Thunnus obesus). Most tuna vessels are operated on joint-venture basis, with Ghanaian owners having at least 50% of the shares, as required by the Fisheries Act 625 of 2002.

The Lake Volta, reservoirs associated with irrigation and potable water projects, and fishponds are the main sources of freshwater fish in Ghana. Fishing in Lake Volta (with a surface area of 8 480 km² and 5 200 km of shoreline) contributes about 90% of the total inland fishery production in Ghana, which is around 90 000 MT.

About 80 000 fishers and 20 000 fish processors and traders are engaged in the Lake Volta fishery. There are 17 500 canoes actively fishing in the Lake Volta. The fishing gears used is cast and gill nets, hook and line, and traps. The composition of species landed is Cichlids (38.1%), Chrysichthys spp. (34.4%) and Synodontis spp (11.4%).

To check illegal fishing activities on the Lake Volta, the Government of Ghana recently acquired a modern patrol vessel to boost the control efforts undertaken by the Monitoring, Control and Surveillance Division of the Directorate of Fisheries.

2.3 Main resources of the marine sub-sector

The activities in the marine sector range from artisanal canoe operations through inshore to industrial operations. Both pelagic and demersal fishery resources are exploited. Marine fisheries in Ghana are affected by a seasonal upwelling that occurs in Ghanaian coastal waters. During upwelling periods (December/January – February and July – September) biological activity increases in the sea that results in an increased production of fish food and abundance of most marine fishes. These periods are the main fishing seasons in Ghana.

Fishery resources can be classified as:

The biomass for small pelagic resources fluctuates significantly. It is however estimated that the maximum catch the small pelagic fishery can sustain is 180 000 tons. Landings of sardinella fluctuate so much so that in some years (e.g. 1973 and 1978) they reached points of near collapse, then from the 1980’s, there as a remarkable increase with an all time high of 140 000 metric tons in 1992. Ever since, landings declined reaching 64 000mt in 1997. According to some authors, the abundance of chub mackerel (Scomber japonicus) is so variable from year to year that it is almost impossible to predict its abundance. Similarly anchovy landings fluctuated between 19 000mt in 1986 and 82 700mt in 1996, with an all time high of 93 000mt in 1987 (FAO, 2007).

The main commercial tuna resources which occur in Ghanaian Waters are yellowfin tuna (Thunnus albacares), skipjack tuna (Katsuwonus pelamis) and bigeye tuna (Thunnus obesus). In 1999, the total catch was over 83 000 tons but the average landing for the period 2000-2002 was 67 000 tons.

Estimates of the biomass of surveys show that the potential yield of the total demersal biomass on Ghana’s continental shelf is between 36 000 and 55 000 tons per annum with an average of approximately 43 000 tons. However, landings of the last decade, of around 50 000 tons annually, exceeded this estimated potential yield, which demonstrates the stress under which the fishery has been operating (Quaatey, 1997; FAO, 2007).

Even though there is a specialized shrimp fishery in Ghana, shrimps are caught by all fleets (except tuna fishing vessels) mainly from shallow waters and close to estuaries. Artisanal operators catch shrimps mainly in beach seines, these are normally juvenile shrimps of very low commercial value. Through a modelling approach, the maximum sustainable yield (MSY) of shrimps is estimated to be 350 tons per annum excluding catches of artisanal fishers. Although catches have never exceeded this calculated MSY, the industry showed signs of decline in the last six years (FAO, 2007).