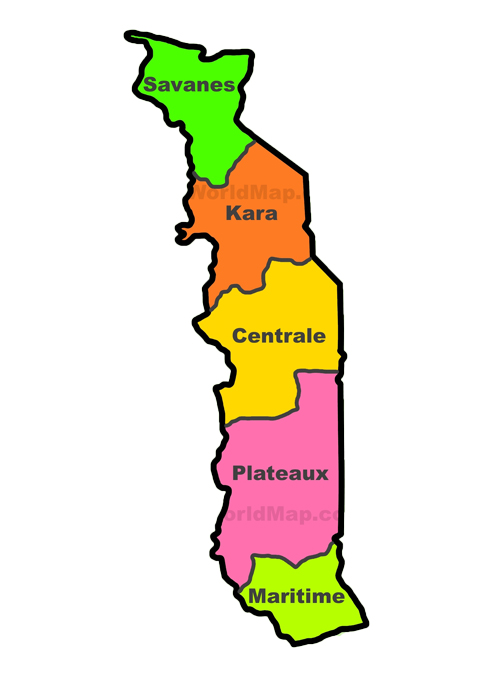 Exports: a significant portion of imports goes on to be exported to Nigeria and landlocked West African States.

PORT: Lomé acts as an important transit point for landlocked countries such as Mali, Niger and Burkina Faso.

Togo, officially the Republic of Togo, is a country in West Africa. It borders Ghana to the west, Burkina Faso to the north, Benin to the east, and the Gulf of Guinea to the south. It has a total land area of 56785 km2. The country has a coastline of nearly 48 km long and the area of the continental shelf is about 1 500 km2.

The marine, lagoon and inland fisheries only produce 40% of the national fish requirements; approximately 60% is imported. The role of the fishing industry is very important to the national economy, its value is of the order of 5 billion FCFA per year with an added value of 10 billion per year, or 4% of the GDP of the primary sector. The fishery employs 9 000 fishermen, 12 000 women fish traders and about 150 000 people depend on the sector directly.

The marine artisanal fishery is the most important activity at sea as regards both the number of fishermen and catches. This fishery represents actually 70 to 80 per cent of the total national fisheries production.

The artisanal lagoon fishery in Togo is considered a form of inland fisheries. This fishery is not monitored due to lack of financial and manpower resources.

The artisanal inland fishery produces a certain quantity of fish annually, although the order of magnitude is hardly known. The production has been estimated at 5 000 tonnes per year for a long time. There are no financial nor manpower means to estimate this quantity more precisely.

There is no tuna fishery in Togo, although it may be possible that foreign fishing vessels catch tuna at open sea. In that case one deals with undeclared catches.

Main resources of the marine sub-sector

The available information indicates that the waters under Togolese jurisdiction are relatively poor in fisheries resources. The potential fish yield would be of the order of 600 tonnes per year.

The demersal resources consist of fish, crustaceans and cephalopods. The first group is the most important one; the representatives of the second group are also exploited and subsequently exported. The cephalopods are considered by-catch and are not really targeted.

Near the mouths of the rivers shrimp ca be found, which are exploited by mostly foreign fishing vessels.

Octopuses are rarely caught and other species are not targeted. In case cephalopods are landed then by-catch is dealt with.