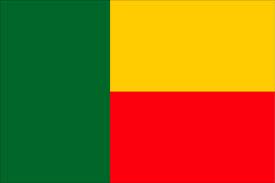 The sub-sector of fishery includes three main areas of activity: marine fisheries, continental fisheries and aquaculture. Benin has a coastline of approximately 121 km, which stretches from the Nigerian to the Togolese border. The exclusive economic zone (EEZ) has an area of almost 27 750 km2. The continental shelf has a sandy bottom and covers a surface of approximately 2 800 km2 between isobaths 10 and 100 m,

Upwellings occur rarely and are weak. The average width of the continental shelf reaches 27 km. In spite of this narrowness of the shelf, the ichthyologic fauna is quite diverse, presenting more than 257 species including 43 Elasmobranchii and 214 Teleosts.

The development of marine Fisheries in Benin is hindered by multiple problems and Fishery exploitation is carried out under rather confused circumstances. This situation results in the following observations; i) an unregulated evolution of the production due to an ineffective and approximate follow-up of the fishery; ii) lack of knowledge concerning the fishing grounds; and iii) bad socio-professional organization in the field. There is hardly any upwelling on the Beninese coasts. The insufficiencies which characterize Beninese marine fisheries are due to bad stock management but are also attributable to the fragmentary state of scientific knowledge in Benin.

2. STRUCTURE OF THE FISHERIES SECTOR

Marine artisanal fishery is done by fishers from 80 fishing-villages distributed over four coastal departments of Benin. Currently there are 4345 artisanal fishermen operating at sea including 2234 Beninese (51,4 percent), 1993 Ghanaians (46 percent), 115 Togolese (2,54 percent) and 3 Nigerians (0,06 percent). They usually use gill net, purse seine, beach seine, and hook and line. The marine artisanal fishing fleet is comprised of 816 operational canoes, of which approximately 46 percent are powered by outboard engines, according to the results of the socio-economic survey of 1999.

Lagoon Fishery in Benin is regarded as a form of inland fishery.

Inland fishery annually produces a large quantity of fish. The great number of reservoirs, rivers, brooks, etc. yield a production estimated at 30 000 tonnes per year. There is little data on inland fishery. A partial census was carried out in 2006 to cover three districts in the south of the country. The PADDPA Project plans to carry out data collection in the future.

Inland fishery is a very important activity for the riverside communities, given that it generates employment and provides a reliable source of proteins. Approximately 57 500 fishermen, and approximately 100 women, who compete with these men, work on lake Ahémé and on the coastal lagoon, fishing for crabs and oysters. Approximately 40 000 women are employed in the fish processing sector. In addition, activities related to inland fishery provide livelihoods to another 300 000 people, such as fishing gear salesmen, dugout canoe manufacturers, and those employed in cutting, scaling, and storage of the catch.

The marine industrial fishery has, if at all, little developed. Industrial fishery catch hardly exceeds 40 tides on average over the last ten years and the annual landing is of about 600 tonnes of fish, representing eight percent of the total of marine fisheries production. Industrial fisheries use bottom trawling. A dozen trawlers exploit the marine areas under Beninese jurisdiction.

There is no tuna fishery in Benin, although it is possible that foreign boats capture tuna’s off-shore from Benin. In this case, they are considered IUU catches.

The available information indicates that water under Beninese jurisdiction is relatively poor in fishery resources. The exploitable fish potential is of approximately 12 000 tonnes a year, with around 400 tonnes a year for shrimps. Although Benin has many aquatic ecosystems with a high fishing potential, the fisheries sub-sector production remains insufficient as a whole, so much so that fish imports are increasing daily.

Demersal resources are comprised of finfish, shellfish, and cephalopods. The first group is most the important; the second group is also exploited but mainly for exports. Cephalopods are by-catches.

The finfish are subdivided in species which are to be found on trawling depths (Pseudotolithus spp, Galeoides, flatfish, etc) and those which live on rocky bottoms (Lutjanus, Sparus, groupers, etc).

Around the river estuaries, the shrimp beds are mainly exploited by foreign fishing boats. Small quantities of lobsters are known to have been caught by trawlers, but not in great quantities.

The octopuses are rarely captured; other species are not targeted. In the few cases where cephalopods are brought back to port, they are considered to be by-catches.