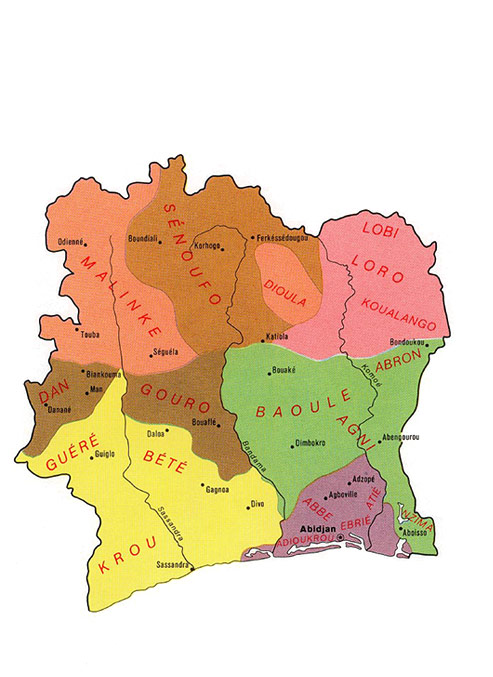 Port: Abidjan is the largest tuna handling port in Africa

The fisheries sector in Ivory coast is an at the same time importer and exporter. The sector produces 30% of locally consumed fish (consumption is estimated at 275,000 tonnes (t) is 16,2 kg/capita/year). The marine fishing sector lands annually about 63,000 (t), Lagoon and inland fisheries produces about 30,000 (t). The deficit of about 182,000 (t) is imported.

Import and exports of the fisheries sector becomes even more complicated as there are three processing plants which produce annually 121,000 of canned Tuna for export.

The fisheries sector contributes about 3.2% of the agricultural GDP, its contribution to the total GDP is to 0,8% and  it generates annually 66 billion franc CFA.

Industrial marine fisheries is important for the local market. About 20 national trawlers exploit the fish resources on the continental shelf and land their catch in Abidjan. The foreign vessels do not land in Abidjan.

The Oceanographic Research Center (CRO) deals with the research of high seas fish resources, especially Tuna and Swordfish. It should be noted that management decisions on these stocks are taken to ICCAT, but Ivory Coast contributes to the management of these resources through the transmission the results of the Tuna observatory in the fishing port in Abidjan. The Tuna Observatory collects statistics on the quantities of tunas, by species, landed for the processing plants. Tunas which are refused by the processing plants arrive at the local markets and are not monitored. A programme of collection of the statistics for this group “Faux poisson” started in 2006 for better knowing the order magnitude of this category of fish.

Tuna fishing is also practiced by artisanal fishermen who land the catches of their gill nets.

It should be noted that the continental shelf of the Ivory Coast is relatively narrow, explaining the relatively low  fisheries potential of Ivory Coast which hardly exceed 10.000 tons of biomass. The sardine fisheries is based in Abidjan, their catches are composed of the small pelagics (Sardinelles, Maquereaux, Pelons, Anchois), which are resources shared with Ghana and to a lesser extent with Togo and Benign. The round sardinella (Sardinella aurita) which knew a collapse in 1974, became  again, since1984, the dominant species in the catches

They are the shellfish, fish resources and cephalopod. The first group is most important; the representatives of the second are also exploited but mainly exported. The cephalopods can be considered by catch as they  are not really targeted.

The fish are subdivided in species which are found on the trawling fishing grounds  (flat fish Pseudotolithus spp, Galeoides) and those which live on the rocky bottoms (Lutjanus, Sparus, mérous, etc).

In river mouth areas shrimp are found, which are especially targeted by foreign vessels. To avoid confusion it should be noted that the name “langoustine” is used for the commercial category of shrimps of the Penaeus species.