South Africa: Octopus fishing lines to be removed by the weekend – if the weather allows 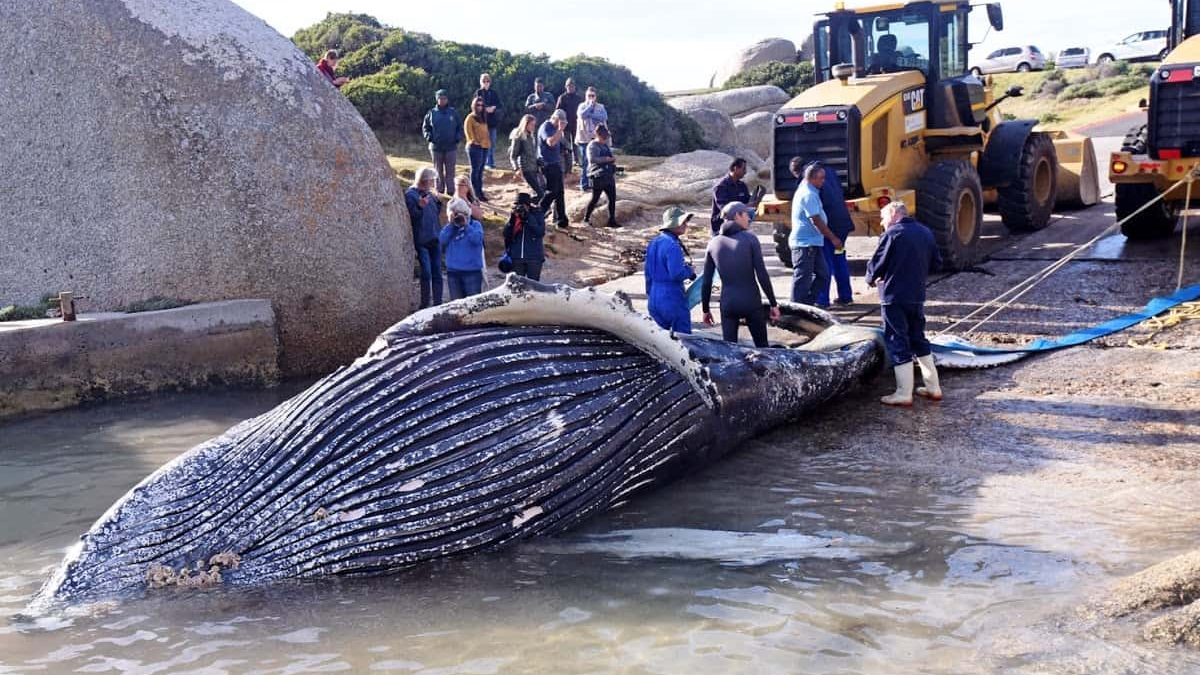 A carcass of a young humpback whale killed during octopus fishing in False Bay is retrieved on June 27, 2019. Image: Gallo Images/Brenton Geach 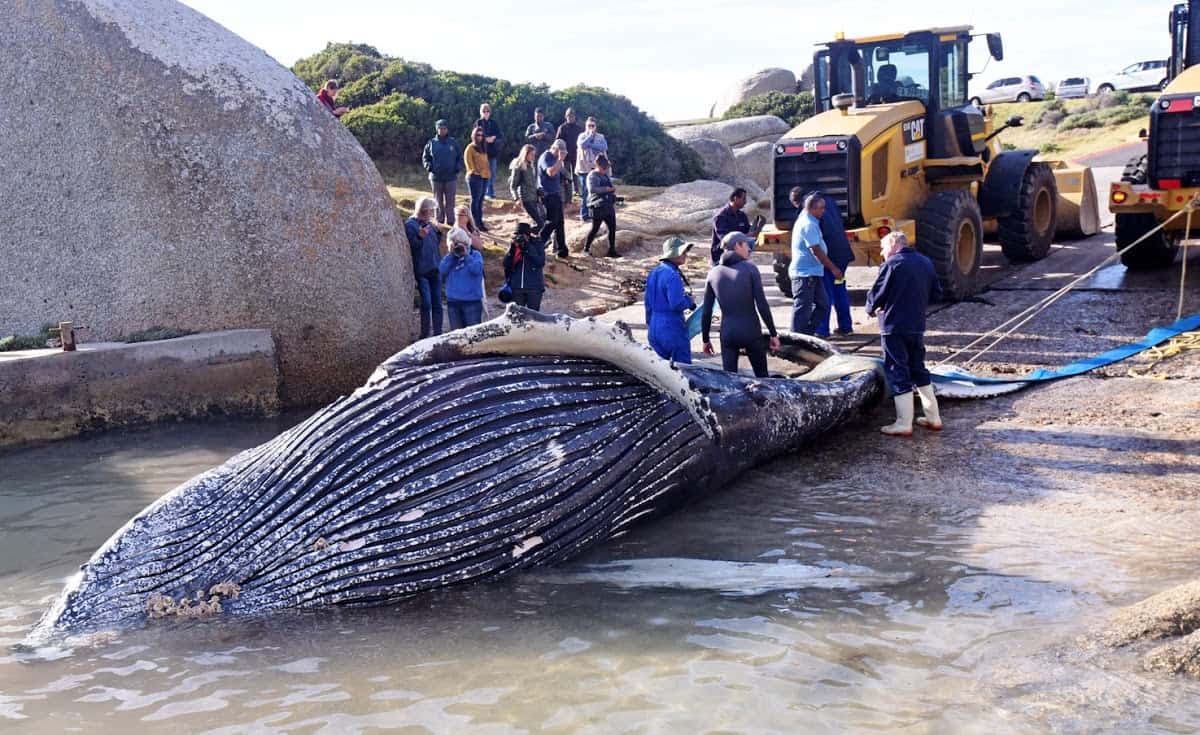 All the octopus lines and traps in False Bay, in the Western Cape, will be removed by the weekend, weather permitting, said environment, forestry and fisheries minister Barbara Creecy on Thursday.
According to reports, five whales have been entangled in octopus lines and two have died in recent weeks.
“As of yesterday [Wednesday] morning, the [fishing permit holder] had brought in eight lines and, if weather holds, all the lines will be in by the end of the week,” she said, briefing the media ahead of her budget speech in parliament.
Four Bryde’s and humpback whales have become entangled in the lines and nets over the past month, prompting a public outcry and petition against octopus fishing.

On June 28, the minister temporarily suspended the operators’ permits for octopus fishing. False Bay has three permit holders, one of which is dormant and two of which are held by the same operator, Creecy said.

She said she had met with all the octopus fishing operators in South Africa, including one in Saldahna Bay and one in Mossel Bay, on July 4. “We had an extended discussion about alternative technologies,” she said, adding that the operators wanted to look at the financing of these.

“There are also concerns around lobster fishing and the scientists are looking into that as well,” she said.

The plight of penguins being rescued from an oil spill in Algoa Bay in the Eastern Cape also received her attention.

The minister said that on Wednesday she had spoken to the Southern African Foundation for the Conservation of Coastal Birds (Sancob) about the problem. “They had 20 birds affected, and another 40 birds by yesterday afternoon.

Sancob has sent teams to Algoa Bay to augment those working there. “Overnight they stayed on Bird Island and St Croix to check on the breeding pairs and their chicks there,” Creecy said. During the refuelling of the MV Chrysanthi S ship, oil spilled into the sea about 20km from Port Elizabeth, harming endangered African penguins.