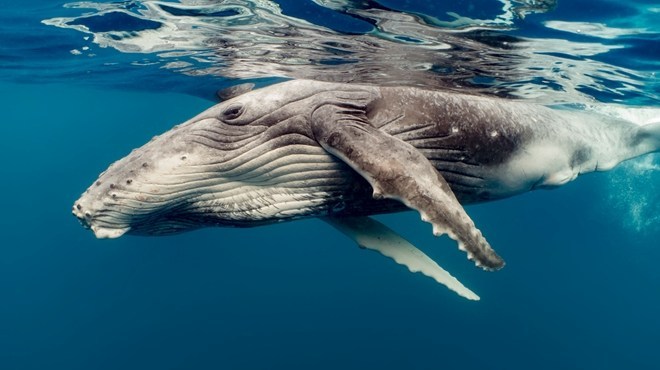 We request an immediate moratorium on all octopus trapping in the False Bay area until such time as stakeholders and concerned citizens are consulted and can agree on a safe operating standard/procedure for the use of traps used in the octopus trapping fishing industry and that the Department uses this period of Moratorium to gather much needed information on stock levels and the impact of octopus trap fishing on the environment.

For many years now permits for trapping of octopus in the False Bay area have been issued to a local fishing company and during this period there have been numerous entanglements and deaths and it is now time to put an end to the suffering and deaths.

The Department of Agriculture, Fisheries & Forestry (which has recently been incorporated into Environmental Affairs) were negligent in issuing a permit to the permit holder, relying solely upon data submitted by the permit holder to determine whether the stock was a viable source to fish. As per their 2016 Status report they listed the stock status as “unknown” – nearly 20 years since the start of octopus trapping – after such a long period surely they should know what the stock levels are and what impact this fishing is having on the stock and what effect it is having on other species such as otters and sharks who also feed on octopus.

These traps, with long ropes tied to buoys that float on the surface, are a danger not only to whales and dolphins but they also pose a huge risk to boats and ships.  False Bay is the home to the South African Navy and in the past they traps allegedly had sonar reflectors and lights on them – this is no longer the case.  There is no visible warning on any of the traps in the bay and poses a big risk to the military and recreational boat user.

The traps in the Simon’s Bay area are in areas used by the Naval ships and submarines.  Should a submarine catch one of these ropes in its propellers it could mean catastrophic loss of life of those on board.  Small boats and yachts are often out in rough weather or at night and they pose a serious threat to these vessels as well.

The two most recent whale entanglements on the 8th and the 10th of June 2019 caused the unnecessary and avoidable death of a Bryde’s Whale.

The whale is from the ‘inshore’ stock of Bryde’s whales. This is a small resident population that does not migrate. We do not have a good estimate of the whole population nor a thorough understanding of population structure (but there is some). Available information suggests the population is very small. A survey in 1983 estimated 583 +- 184 in the population (Best et al. 1984). More recent work based on photos of individuals suggests this is about right (not published yet – G Penry data). Using the best available knowledge at the time – the 2016 South Africa Red List assessment confirms there are almost certainly fewer than 1000 and ‘up-listed’ the population to VULNERABLE. Recent genetic work by Gwen Penry at NMU strongly suggests that this is potentially a subspecies in its own right (Penry et al. 2018).

Information to hand is that 12 of these animals have been caught (of which 8 died) in trap fisheries along the SA coast over the years, although it is not clear if they were all octopus or if some were crayfish traps.

The Bryde’s whale population is small, localised, officially vulnerable and clearly prone to being caught in trap fisheries. We strongly encourage further research into the topic of impacts on the population and a clearer definition of the status of the fishery.

We implore the Honourable Minister to place an immediate moratorium on all trapping in the False Bay area until such time as stakeholders and concerned citizens are consulted in order to come up safe operating procedures that will include compulsory 24 hour monitoring at sea of these traps as well as sufficient visible signalling on the bouys to avoid any further endangerment of both marine and human life.  This Moratorium will also allow the Department time in which it can assess the current stock levels and update much needed information that they need in order to be able to apply their minds when considering the issuing of permits.

Act now and save our seas.