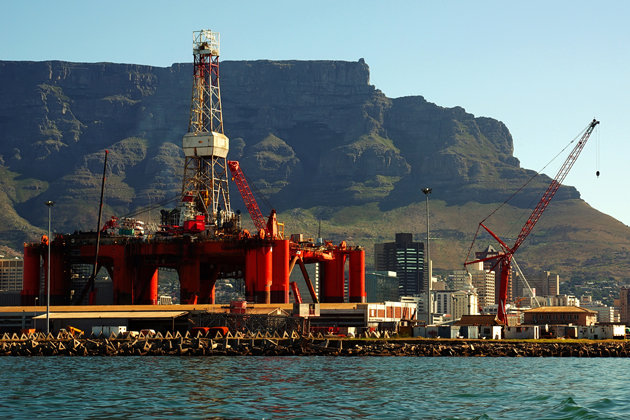 Dozens of Indonesian fishermen who spent months stranded in Cape Town’s harbour, sleeping in cramped and suffocating quarters, have been taken ashore to a repatriation centre after being stuck at sea for years without pay.

The group of 75 fishermen tell of slavery-like working conditions aboard seven Taiwanese-owned vessels – an ordeal that only grew worse when South African authorities impounded their trawlers for illegal fishing.

The crew spent three months stranded in Cape Town’s Table Bay, sleeping crowded together in dirty, airless quarters that reeked of diesel, until they were moved to a repatriation centre in Johannesburg on Saturday.

The captain has been arrested, but the men lacked the legal papers to go ashore, and had been living like prisoners on the trawlers, dependent on the compassion of locals for food.

Some of the men say they were recruited by agents in Jakarta with promises of earning up to $200 a day fishing tuna.

But once on board they were forced to work round-the-clock with little food and no pay.

Many of the fishermen did not want to give their names for fear of repercussions from the recruitment agents back home who lived near their families.

After local media began covering the men’s story, immigration officials took them ashore, said Miriam Augustus, who had been providing them with food and water.

“I asked the policeman why they are moving the fishermen,” Augustus said.

“He said, ‘This is what happens when you go to newspapers and say bad things about the country.'”

South Africa’s fisheries department did not respond to requests for information on the men.

The men said despite their horror story, they are determined to wait for payment, saying they cannot afford to go back home penniless.

“I have a wife and three children at home,” said one man.

“After all this time how can I return without even one cent to my name?”

A 44-year-old man said he had worked on various vessels for 37 months without pay, often transferred to other boats when his contract expired.

The men also claim that at times they were ordered to repaint the name of their vessel at least five times a day, in an attempt to evade fishing authorities.

Tuna was not the only fish caught during their lengthy stay at sea. Other catch included swordfish, dolphins and sharks, in contravention of local marine laws.

A fishing log from one boat showed a catch of 70 tonnes.

Cassiem Augustus, a ship inspector for the International Transport Workers’ Federation, said the trawlers were like “floating shanties”.

“This is a blatant case of abuse and human trafficking,” he said.

“They have been abandoned by their agents and no one knows who the owners of these vessels are.”

He said inside the vessel there was one toilet for 12 men and that they had been drinking out of a tap used to pump oil one day and water the next.

“The conditions were inhumane. None of these men have been paid a cent, despite working 20 hour days. It’s slavery at sea.”

A spokeswoman for the Indonesian consulate in Cape Town said the fishermen were mostly uneducated and were from rural areas.

“They have no jobs and when they are offered one they become excited,” she said.

Maritime lawyer Alan Goldberg, who has applied for the vessels to be auctioned on behalf of the crew, suspect that the trawlers were owned by fishing cartels.

“These tales of abuse are the ordinary course of business in the longline fishing industry,” he said.

He said he doubted the run-down fibreglass boats would fetch a high price.