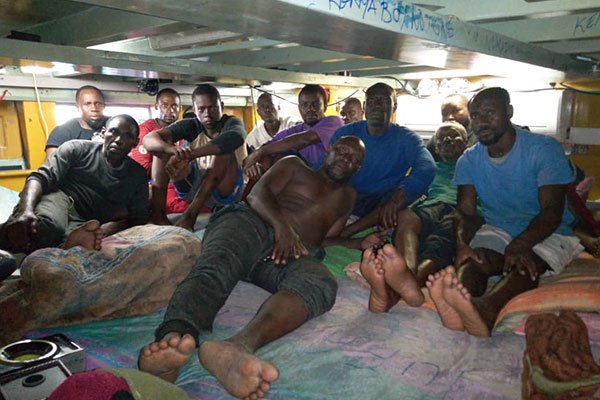 Fifteen Kenyan fishermen are stuck on a vessel owned by a Somali fishing company forced to work under gunpoint without pay, seafarers lobby has said.

The group is desperately calling out for help to return home, East Africa International Transport Workers’ Federation (ITF) officer Betty Makena told the Nation.
According to Ms Makena, the fishermen, who were hired by an unlicensed agent in Mombasa in April this year, are working in deplorable conditions and living and sleeping in the open.
She added that from pictures and information she has received, many of them are injured and have not received medical care.
The fishermen claim the employer is forcing them to work for long hours and that those who resist are threatened with a gun.