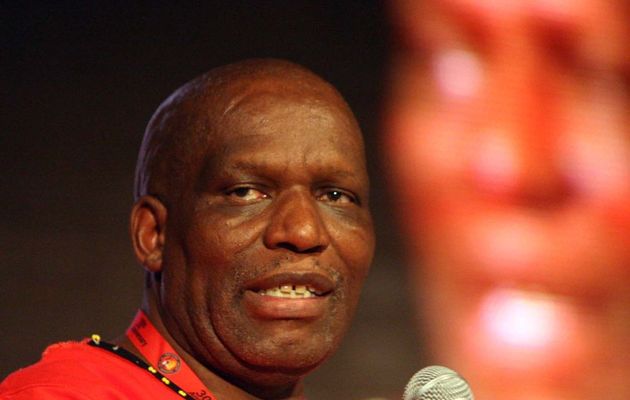 The skipper of a Taiwanese vessel that was escorted to Cape Town by two fisheries protection vessels‚ suspected of illegal fishing‚ has agreed to pay fines totalling R100,000.

Under a plea and sentencing agreement‚ the captain paid R75 000 for possessing tuna gear without a permit and R25 000 for failing to comply with a fishery control officer’s instruction‚ said National Prosecuting Authority spokesman Eric Ntabazalila.
On September 7‚ the Department of Agriculture‚ Forestry and Fisheries’ vessel monitoring system saw the 46-metre Chin Jen Wen entering South Africa’s exclusive economic zone while it was sailing from Mossel Bay towards Cape Town‚ said Bomikazi Molapo‚ spokesman for minister Senzeni Zokwana.
“It was established that the vessel did not apply for any permit from the department‚” she said.
“Fishery control officers who were onboard the fisheries protection vessel Victoria Mxenge in the Overberg region were alerted and they intercepted the Taiwanese vessel.
“They boarded and inspected the Taiwanese vessel and established that it had fishing gear and bait on board without a permit.”
The vessel was instructed to sail for Cape Town under escort but soon stopped and ignored instructions to proceed.
“Another fisheries protection vessel was dispatched with fishery control officers and police officials to go and assist in ensuring that the vessel sails to Cape Town port as instructed. The Taiwanese vessel eventually cooperated and sailed to Cape Town‚” said Molapo.
After an inspection of the 492-ton vessel‚ charges were laid under the Marine Living Resources Act.
– TMG Digital

KISUMU, KENYA - AUGUST 16: Fishermen on a boat on the Lake Victoria on August 16, 2012. (Photo by Thomas Koehler/Photothek via Getty Images)