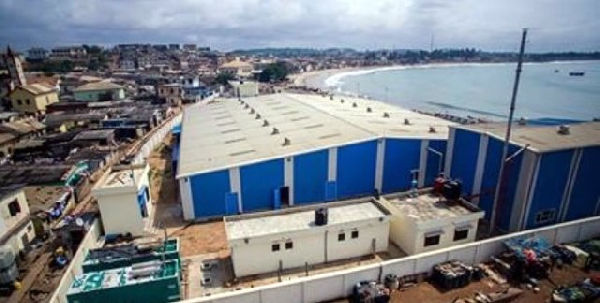 The Central Regional Communications Officer of the largest opposition party, the NDC- Mr Kwesi Dawood does not understand why in almost 4yrs, the NPP Govt of President Nana Akufo Addo has refused to give priority to the Elmina Fish Processing Factory built by President John Mahama. The versatile and veteran RCO took to his Facebook wall with the following:

“Below are some pictures from a 100 ton per day Fish Processing Factory which was built, completed and commissioned at Elmina in the Central Region by President John Dramani Mahama. It is to offer a modern environment for the processing and storage of fish to avert spoilage and it’s attendant losses to our fisherfolk along the coastal belt of Ghana.

Sadly, Nana Akufo Addo’s NPP Govt has refused to operationalise the factory to the full capacity whilst the Nation suffers its consequences. Can you imagine? The factory which will lead to the creation of hundreds of direct and indirect jobs along the fishing value chain for our graduates, skilled and unskilled youths, has been left to its fate because it is a JM Legacy. Well, #2020 is not far to right the wrongs and continue with the transformational agenda.

Knowing that Central Region Fisherfolks and their family members, as well as dependents of the fishing industry, are poised to vote them out of power for the transformational NDC Govt of the Visionary JM to come and continue his positive agenda for fisherfolks from all 10 Coastal Constituencies of Central Region, Akufo Addo & his NPP, the NIA and the EC are bent on rigging the 2020 elections with their insistence on the xenophobic register but they lie badly.

Many residents along the coasts in the ten (10) Coastal Constituencies of the Central Region from Gomoa Dampase to Kafodzidzi in KEEA finds it difficult to understand why a Govt that promised one district, one factory will intentionally turn a blind eye to the plight of the Fisherfolks so far as the Gov’ts wilful refusal to operationalise the Elmina Fish Processing Factory built by President John Mahama into full capacity is concerned in this era of post-harvest losses during this Coronavirus pandemic which is negatively impacting on their activities.