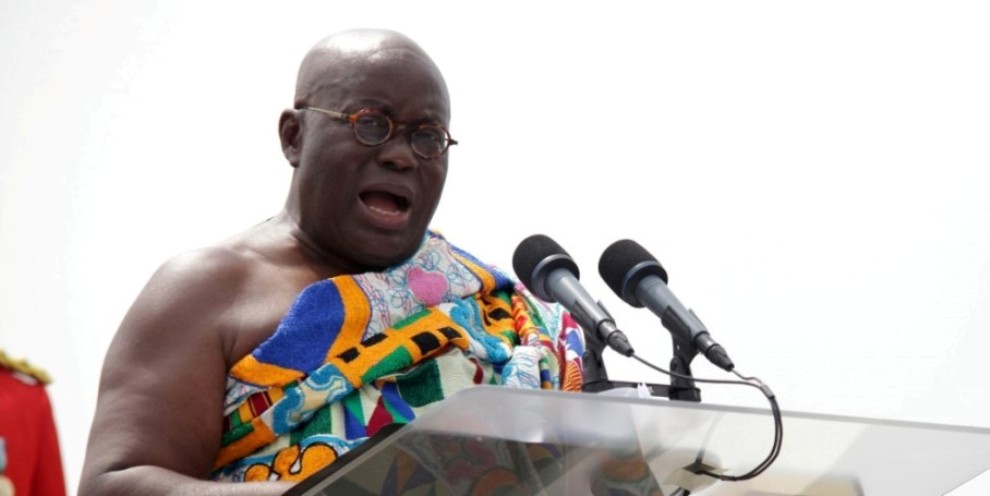 Ofarnyi John Quayson popularly known as Maanoma, Chief Fisherman in Elmina, has noted that the fishing business in Ghana has declined under the Akufo-Addo administration.

Maanona said at a press conference on Wednesday, February 26 that a total of 584 canoes across the country have grounded and their teams disbanded.

This development, among other things, are causing the decline of the sector, he said.

“The fishing work has seen a steady decline since the assumption of office of President Akufo-Addo. As we speak, a total of 584 canoes across the country (per our count) have grounded and their teams disbanded. The breakdown is as follow. Volta Region = 76, Greater Accra = 152, Central Region = 244, Western Region = 112

“The situation has resulted in a total of 10,512 losses of direct jobs. This is aside the uncountable numbers of fishmongers, fish carriers, canoe secretaries, canoe guards and other auxiliary workers who have also lost their jobs. This certainly gives cause for concern. Doesn’t it?”

According to Maanoma, aside the “baseless and needless” closures of the sea by the Akufo-Addo administration, “pair trawling has returned with full force under this government.”

He said the smuggling of premix fuel which became a thing of the past under the Mills and Mahama administrations has also returned “with a big bang.”

Maanoma noted that what hurt fisherfolks most is the access to outboard motors for their expedition.

“Since the assumption of office by the Akufo-Addo government, we are yet to receive a single outboard motor from the government, contrary to the several promises and claims the president continues to make and tout.

“The sale of outboard motors has suddenly become a black market business. Outboard motors which used to be everywhere and easily accessible under the erstwhile administration are now suddenly the most unavailable commodity on the market. The government’s inability to bring in enough numbers of outboard motors has led to the fleecing of fishermen who seek after these motors. Outboard motors which used to sell at GHS4,900 and GHS6,000 respectively under the Mills and Mahama administrations are now suddenly selling at a whopping GHS17,000 and GHS17,500 under this Akufo-Addo government. This is certainly not what we the fishermen asked for,” he bemoaned.

Maanoma posited that fisherfolks, therefore, find the continuous promises and claims by the president of his government of having achieved a robust fishing industry not only “laughable but disingenuous”, and appealed to him to up his game and walk his talk.

“The Akufo-Addo government can continue to take we the fishermen of Ghana for granted at their own peril. Their deafness to our worsening plight and intransigence to our continuous pleas and appeals to pay attention to our work and fix the problems causing our otherwise booming business to collapse since they assumed office, can only lead to their humiliating rejection from us at the 2020 polls. Let those who have ears, listen,” he noted.