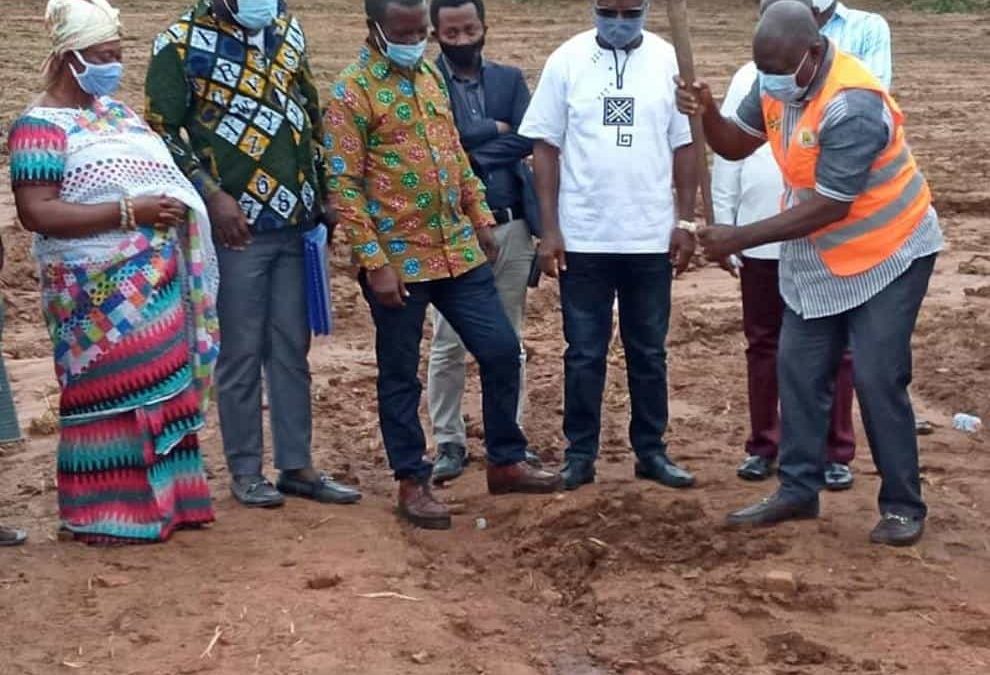 The District Chief Executive (DCE) for Asuogyaman District of the Eastern Region, Samuel Kwame Agyekum over the weekend on behalf of President Akufo-Addo cut the sod for the construction of a fish processing factory at Gyekiti.

It is noteworthy that, out of the 33 Municipal and District Assemblies in the Region, only Asuogyaman District has benefited from the noble District industrialization program implemented by the Akufo – Addo administration.

SKODZA limited is the construction firm tasked with the responsibility of completing the project within six months as funds have already been made available for the project.

The DCE, Mr. Agyekum mentioned that the commencement of the indispensable project signifies the fulfillment of the then-candidate Nana Akufo Addo and the New Patriotic Party campaign promise of establishing a factory in every district.

He, however, added that the factory is solely financed by the Government of Ghana and will be owned and managed by the state after it’s completion.

The consultant for the project Dr. Cephas Bosrotise revealed that after the completion of the project which is expected to be completed in the next six months, it will have the capacity of creating 500 direct jobs and more than 3000 indirect jobs within the catchment area.

The consultant also added that the factory will have the capacity of processing more than 10,000 tonnes of fishes.

The Technical Adviser to the Minister of Transport and the New Patriotic Party Parliamentary Candidate for the Asuogyaman Constituency, Paul Asare Ansah maintains that the government of President Nana Akufo Addo exists to better the lives of Ghanaians, thereby creating employment avenues for them.

Mr. Asare Ansah further stated that the road network from Marine through Adjena to Gyekiti is being restructured to include drainage systems and other essential works as the initial project excluded these vital systems.

He also mentioned that inhabitants within these areas will soon experience a better road network to aid in the transportation of goods and services.

The Chief of Gyekiti, Nana Manfe Otuabeng III who provided the land for the project mentioned that, he is committed to collaborating with development partners to have his jurisdiction developed.

He said, he has provided a 35 acre land to the Asuogyaman National Youth Authority for farming activities and willing to commit more to any developer.