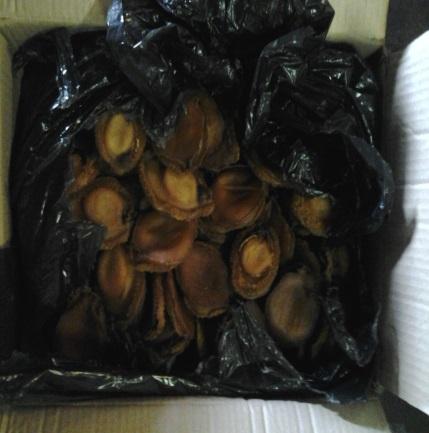 On Tuesday, several armed robbers, reportedly dressed in police uniform, made off with seven tons of confiscated abalone.

South Africa’s Agriculture, Forestry and Fisheries Minister Senzeni Zokwana on Wednesday announced his department will no longer be storing or selling confiscated fish.

In a published version of his budget vote in Parliament, Zokwana said when it came to the management of the country’s marine living resources, it was not “ordinary criminals, but organised syndicates” that were responsible for environmental crimes such as overfishing, fishing without permits and robbing departmental stores, usually with the help of departmental officials.

“It is the reason why I have taken a decision that never again will the department’s stores be used to store any confiscated form of fish,” he said.

“In order to reduce the risk of illicit activity by officials within my department, I am currently engaging with the departments of justice, police and environmental affairs to explore a holistic and comprehensive national strategy to combat the scourge of abuse of the wealth of this country in order to channel the proceeds of this precious resource to the national coffers, where it is needed the most.”

The minister made mention of the latest brazen attack on his department’s stores. On Tuesday, several armed robbers, reportedly dressed in police uniform, made off with seven tons of confiscated abalone held at the Cape Town stores of the fisheries department.