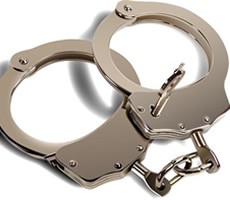 Some Ghanaian fishermen who strayed into the territory of neighboring Ivory Coast have been arrested by the Ivorian authorities for trespassing.

They were arrested on Sunday.

After attacks on a military check point at Noe, an Ivorian border town near Ghana’s Elubo, left about four people dead, authorities of that country closed all the entry points with Ghana – airspace, land and marine.

Though they have relaxed the airspace and land, their territorial waters still remained closed.

The fishermen, who were detained by the Ivorian authorities as of Tuesday noon, were said to have gone on fishing expedition when the ban was still in force.

Opinion leaders, mainly fishermen, who went to Ivory Coast to negotiate their release have also been detained, Joy News has learnt.

The matter, according to the correspondent, has been reported to the National Security for dialogue and to secure their release.

Meanwhile, the closure of the border at Elubo to commuters has caused huge revenue loss to the Jomoro district as well as traders due to stalling of business activities there.