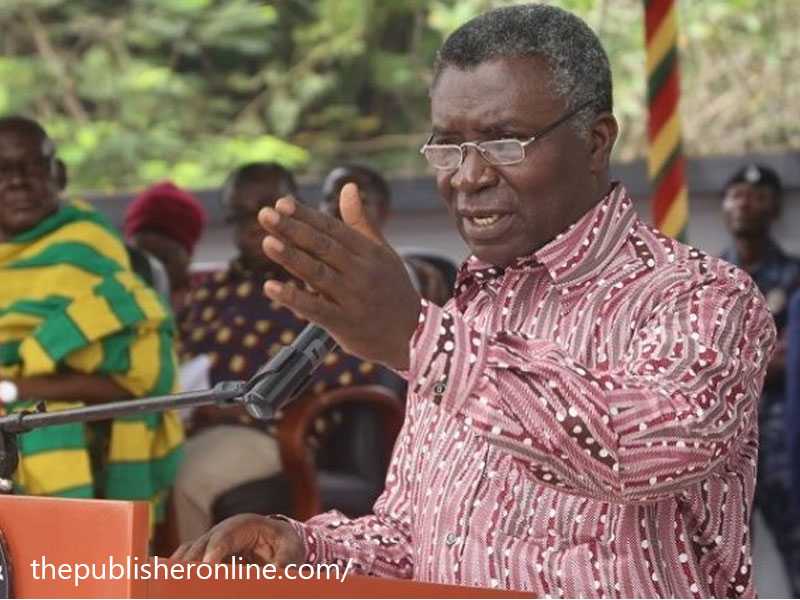 The Government has committed over 200 million dollars to address coastal erosion in hotspots. Out of the amount, 150 million dollars have been allocated to the Western Region alone, Mr Frempong Boateng, the Minister of Environment, Science, Technology and Innovation said.

He said Government was committed to finding innovative ways of halting shoreline recession and was considering a mix of hard and soft engineering solutions to deal with the problem. “This will mean protecting coastal habitats such as mangrove and rocky shores and rock pools while putting in place hard structures where needed”, he added.

This was in a speech read on behalf of the Minister at a two-day workshop in support of the Second Cycle of the UN Regular Process for Global Reporting and Assessment of the State of the Marine Environment, including Socioeconomics Aspects for the South Atlantic Region in Ghana.

He said the coastal erosion was taking its toll on the shorelines, adding that the country was losing about 2.7 million square meters of shoreline annually due to sea erosion.  He said the coastal cities have naturally become the major population nodes in all the countries, and attracted most of the commerce and industrial activities, stressing that urbanisation in the coastal areas was among the highest in the Southern hemisphere.

“The demands of increasing commerce and industrialization have imposed great pressure on the seas and their resources. We see intensification of fishing, shipping, hydrocarbon activities, ports development, and conversion of sensitive marine and coastal habitats in the quest to create wealth and deliver human wellbeing”

He said the South Atlantic, of which the Abidjan Convention Region and for that matter Ghana forms a part, was noted for its productive ecosystem with enormous potential to contribute to global prosperity.

He said the South Atlantic and wider Caribbean are at the moment experiencing the scourge of influx of the sea weed, sargassum, with its attendant disruptive effects on fishery, coastal tourism and more importantly, livelihood of coastal communities.

The Minister said there was the need to mobilize more resources and passion to provide the requisite advocacy and create awareness on the findings of the assessment for mobilizing action to save the oceans. Mr John Pwamang, the Acting Executive Director, Environmental Protection Agency, said the workshop was to support the collection of regional level information and data for the preparation of the second world oceans assessment.

He explained that the Regular Process was set up to regularly review the environment, economic and social aspect of the world’s oceans, since the ocean produces over half of the world’s oxygen and absorbs 50 times more carbon dioxide than the atmosphere.“The world has committed to halting and reversing the decline in the health and productivity of our ocean and its ecosystem and to protect and restore its resilience and ecological integrity through the Sustainable Development Goals and the other Multilateral and Environmental Agreements”.

He stated that the second ocean assessment would be published in 2020 to provide information on how the country had fared since the release of the first report in 2015. This will help in the implementation of SDG goal 14.