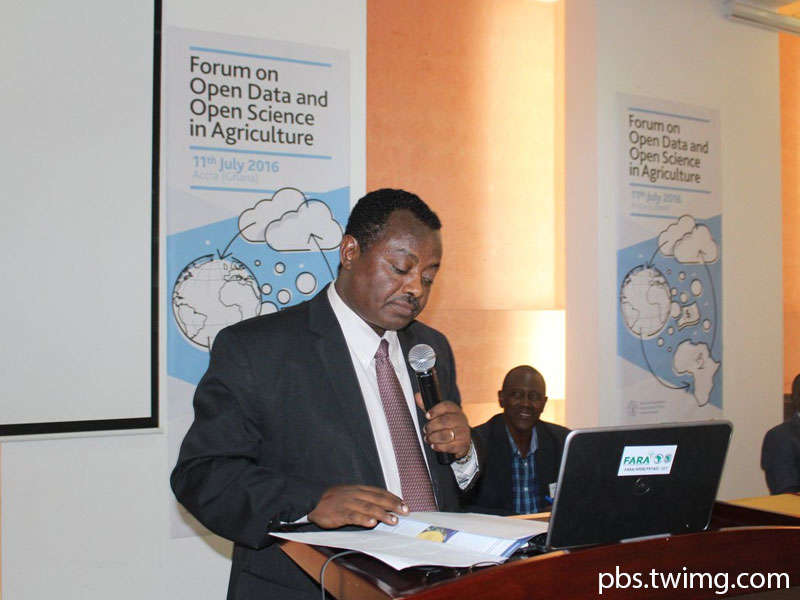 The Food and Agriculture Organisation (FAO) is supporting Government to draft a National Strategy and Action Plan for the compliance with the 2009 Port State Agreement measures to Prevent, Deter and Eliminate Illegal, Unreported and Unregulated Fishing.

The National Strategy and Action is to lay out plan of action that identifies existing gaps in relations to combating Illegal, Unreported and Unregulated (IUU) Fishing and steps to address these gaps and to prevent, deter and eliminate IUU fishing by preventing vessels engaged in IUU fishing from using ports and landing their catches.

Dr Abebe Haile Gabriel, Regional Programme Leader for Africa and FAO Representative to Ghana, speaking at a workshop to formulate the National Plan of Action said it was now obvious that continued practices of illegal and unregulated fishing, wood logging and other bad agriculture practices threatens livelihoods and leads to high rates of malnutrition, poverty and food insecurity, which must be tackled with stringent measures at national, regional and global levels.

He said it was for this reason that FAO’s support to the country’s efforts towards combating IUU fishing comes in handy amongst FAO’s core mandate to end hunger and malnutrition through increased and improved provision of goods and services from agriculture, forestry, fisheries in a sustainable manner.

He said Ghana’s acceding as Party to the Agreement on Port State Measures, is an essential aspect of the government’s commitment and determination to combat IUU fishing. He said fish was an important source of food security and nutrition among Ghanaians, on average per capita consumption was estimated about 23–25 kg per year, which was on the high side.

“As many as 2.5 million people are directly dependent on the fisheries sector for their livelihoods, which means that it is an important job creation sector,” he said. He said an improved performance of the fisheries and aquaculture sector in Ghana is therefore strategic and consequential for the achievement of Sustainable Development Goals.

He said the agreement reduces the incentive of such vessels to continue to operate, while it also blocks fishery products derived from IUU fishing from reaching national and international markets.

“The effective implementation of the agreement ultimately contributes to the long-term conservation and sustainable use of living marine resources and marine ecosystems,” he added.

Dr Gabriel said the agreement would also support the enhancement of national means and competencies to carry out coordinated monitoring, control and surveillance operations to combat IUU fishing through PSMs and complementary MCS tools. “FAO is privileged to be associated with this noble undertaking in support of countries efforts for them to be able to rightfully use and manage their own natural resources in a sustainable manner,” he said.

The FAO Representative emphasised that combating IUU fishing should be a national and regional priority with strong commitment and resolute action by Flag States, Port States, Coastal States and Market States. Mr Francis Kingsley Ato Cudjoe, the Deputy Minister, Ministry of Fisheries and Aquaculture Development, said the efforts to deter, prevent and eliminate IUU fishing required collaboration with key institutions, whose work in the maritime domain include the sea port.

He said the Marine fisheries have long been a pillar of Ghana’s coastal economy, contributing significantly to Ghana’s socio-economic development, adding that the sector generates over $ one billion in revenue each year and accounts for at least 1.2 per cent of the GDP.

“The sector also accounts for an estimated 2.6 million people or 10 per cent of the population employed directly or indirectly,” he added.   He commended the FAO and the Government of Norway for spearheading the support for such an important initiative in Ghana and globally.The agreement entered into force on June 5, 2016, and as at February 2018, there were 52 State Parties and one member organization.