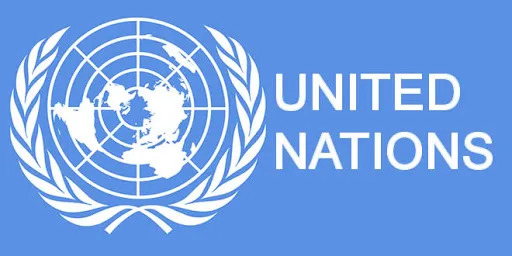 Following the growing illegal fishing business on Nigerian and other West Africa countries’ water, the Food and Agriculture Organisation of the United Nations (FAO)’s Regional Office for Africa and the Fishery Committee for the Eastern Central Atlantic (CECAF) have stepped up support to the Fishery Committee for the West Central Gulf of Guinea (FCWC) by providing laptops for fisheries data analysis. At a COVID-safe ceremony at the FCWC Secretariat in Tema, Ghana, six laptops were provided to the FCWC to support the capture, analysis and reporting on fisheries data in Nigeria and five other countries.

They include Benin, Côte d’Ivoire, Ghana, Liberia, and Togo. Funded by FAO through a Technical Cooperation Programme (TCP), the initiative is part of FAO’s broader work with CECAF to support regional institutions to better transform fisheries recommendations into policy action and to improve artisanal fisheries’ data frameworks across the CECAF region.

It is estimated that Nigeria loses about $70 million annually to illegal foreign fishing vessels. Worried by these, the Federal Government had said Nigerian vessels operating on the nation’s waters must be installed with tracking devices such as Automatic Identification System (AIS) and Vessel Monitoring System (VMS) so that they could be monitored by the appropriate agencies. With the steps taken so far, the Federal Department of Fishery and Agriculture said that there had been drastic reduction in pirate attacks against fishing trawlers because of its partnership with Nigerian Navy, Nigerian Maritime Administration and Safety Agency (NIMASA) and Nigerian Customs Service (NCS). According to the Nigeria Navy, the country loses huge money and resources annually to Illegal, Unreported and Unregulated (IUU) fishing due to activities of some Chinese fishing vessels in the country’s maritime domain.

However, with the introduction of Ports State Measures Agreement (PSMA) and tracking devices, some foreign vessels operating illegally have been prevented from bringing fish caught without authorisation into the ports. PSMA was introduced to prevent, eliminate and deter illegal fishing globally among countries, which have ratified the agreement. It is the first binding international agreement to prevent vessels engaged in IUU fishing from using ports to land their catches. The provisions of the PSMA apply to fishing vessels seeking entry into designated port of a state, which is different from their flag state. Before now, FBNQuest Capital’s report explained that the country spent $800million yearly to import fish for the country’s 3.3million metric tons fish demand.

The report added that Nigeria’s per capita fish consumption was 13kilogrammes, significantly lower than the global average of 21kilogrammes. According to FAO Senior Fishery and Aquaculture Officer and Secretary of CECAF, Ndiaga Gueye, in the current development, “the provision of the devices will support beneficiary countries to capture and analyse catch data on vessels, landings sites and related fishing activities which will strengthen our understanding of capture fisheries in the region. “With this knowledge, countries can better monitor illegal fishing and the heath of key fish stocks.”

The General Secretary of the FCWC, Séraphin Dedi, welcomed the laptops and the ongoing partnership between FAO, CECAF and the FCWC. Fisheries are vital to food security and national economies in many African coastal countries. Seafood is the main source of protein for around a quarter of the population in West Africa and the fishing sector employs more than seven million people in the region. CECAF is a statutory body of FAO, and was founded in 1967 with the aim of promoting sustainable use of marine living resources.