Gambia: China’s overfishing of Africa – The lure and the lies 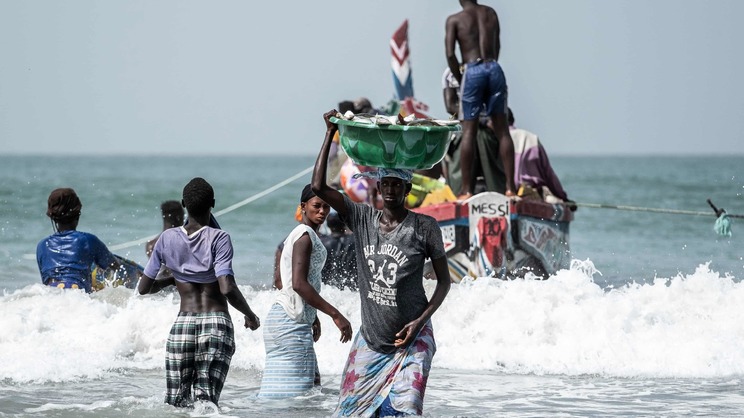 A woman brings in a bucket of fish in Gunjur village, the Gambia. (Xaume Olleros, The Guardian)