Fishing with Dynamite: The Secret Scheme That Helped Namibia’s President Stay in Power 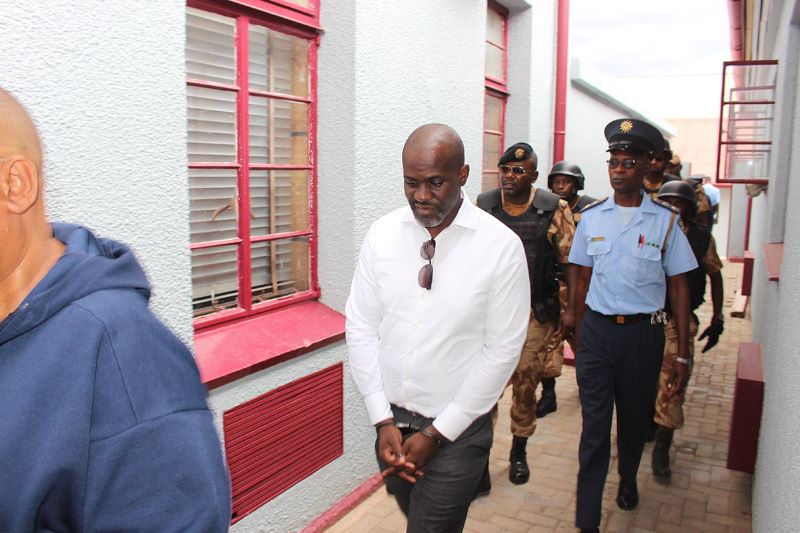 A few days after Christmas in 2016, two men met in the VIP area of the Shimmy Beach Club in the swanky waterfront district of Cape Town, South Africa. They were plotting how they might divert state funds to keep Namibia’s president, Hage Geingob, in power.

Gathered at the posh club overlooking the Atlantic Ocean sat Sacky Shanghala, Namibia’s attorney-general at the time, and James Hatuikulipi, then chairman of the board of the state-owned National Fishing Corporation of Namibia (Fishcor). Joining the two of them was Adriaan Louw, a Namibian businessman with decades of experience in southern Africa’s fishing sector.

There, they formulated the first stages of a scheme that would channel millions of dollars from Namibia’s lucrative fishing industry to the ruling South West Africa People’s Organisation (SWAPO), according to a lawyer who later became part of the deal and had direct knowledge of the meeting.

Born of Namibia’s movement for independence from apartheid South Africa, SWAPO had run the country since the 1990s. The following November, the party was due to hold a congress to pick its presidential candidate for national polls in 2019.

Whoever was chosen was virtually guaranteed to win the election. But with Namibia reeling from a devastating drought and an economic crisis that had sent youth unemployment soaring, Geingob, who had first been elected in 2014, was facing strong opposition within his own party.

So, a new investigation by OCCRP and The Namibian has found, some of the president’s most trusted advisers devised a scheme to siphon off millions of dollars from the country’s fishing industry to finance his re-election.

Some of this money, leaked notes from party officials show, was allegedly then handed to SWAPO electors in what appears to have been a vote-buying campaign ahead of the party’s 2017 congress.

Geingob emerged as the winner of the vote — and Namibia’s presidential election two years later — in part because he “hijacked the party with money,” according to former SWAPO Secretary-General Pendukeni Iivula-Ithana.

“We learned that people were given envelopes with money after the congress,” she told The Namibian. “One did just not know where that money had come from. All the signs were there that there was money being splashed.”

Namibian authorities are investigating the fishy scheme, the details of which have never been made public before. It is the subject of an ongoing court case, but no charges have been brought. Namibia’s Anti-Corruption Commission (ACC), which has probed the deal, declined to comment, saying all the information it had on the case had been handed to prosecutors.

A spokesperson for President Geingob denied the allegations, calling his record on fighting corruption “unblemished,” but declined to comment in detail as they are part of an ongoing legal case.

“At no point did the President instruct or ask someone to engage in fraudulent activities,” spokesperson Alfredo Hengari said in an email. “That is contrary to the values and principles of President Geingob, who has dedicated his entire life to Effective Governance and was also instrumental in setting up the anti-corruption mechanisms in Namibia.”

Hatuikulipi and Shanghala, two of the men who met in Cape Town to plan the scheme, are both in jail awaiting trial over a separate scandal involving Fishcor, the Fishrot bribery scandal. Their lawyer did not provide a comment in time for publication, and attempts to reach them by personal email were unsuccessful.

Louw, the third man involved in the deal, denied being involved in anything improper, saying he was “unaware of any alleged corrupt dealings at Fishcor” when he entered into the deal and only started to suspect years later that anything was wrong.

“I have always confirmed my willingness to assist in any investigation,” he said in a written response to OCCRP. “We want to reiterate that we have not benefited one dollar from any of the alleged corrupt activities and to the contrary have suffered massive losses.”