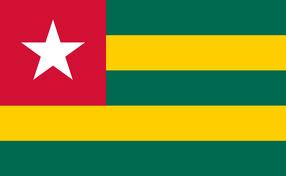 The United States has donated a Defender patrol boat to the Togolese Navy, adding to the two previously donated to the West African nation.

The vessel was handed over by United States ambassador Phillip Carter III on June 25, together with a boathouse for maintenance, at the naval base in the capital Lome.

The Togolese military (FAT) said the donation would help the navy strengthen its capabilities in the fight against maritime piracy in the Gulf of Guinea.

The 8.8 metre long Defender boat is powered by two outboard engines developing 225 hp and giving a speed of up to 85 km/h. The boat is valued at around $2 million while the boathouse is valued at $1 million, according to the FAT.

Navy Chief of Operations Commander Kossi Mayo said the donation would allow the Navy to effectively perform the tasks of safety and security at sea that were assigned to it.

The United States supplied two other Defender boats to Togo in 2010. In March this year, US Marines assigned to the Special-Purpose Marine Air-Ground Task Force Africa group trained Togolese Navy mechanics on how to fix small boat engines. The tiny West African nation’s navy has also benefitted from various naval training programmes conducted in the region by the US, Britain and France as part of an international effort to capacitate local naval forces to tackle maritime piracy and terrorism.

Togo has embarked on a programme to strengthen its naval forces to fight illegal fishing, human trafficking, illegal immigration, piracy and international terrorism. The country is busy receiving two RPB33 patrol boats from French manufacturer Raidco Marine. The first arrived in Lome on April 22 and was named Agou (P763) by President Faure Gnassingbe. He said the boat will be used primarily for maritime patrol, surveillance operations and as a rapid response platform in the event of incidents happening within the country’s maritime domain.

The US has donated Defender boats to several other African countries – in February this year two Defender boats were given to the Armed Forces of Liberia (AFL), as well as a boathouse, two trucks and two 4×4 vehicles. They entered service with the Liberian Coast Guard.