Off West Africa, navies team up in fight against piracy 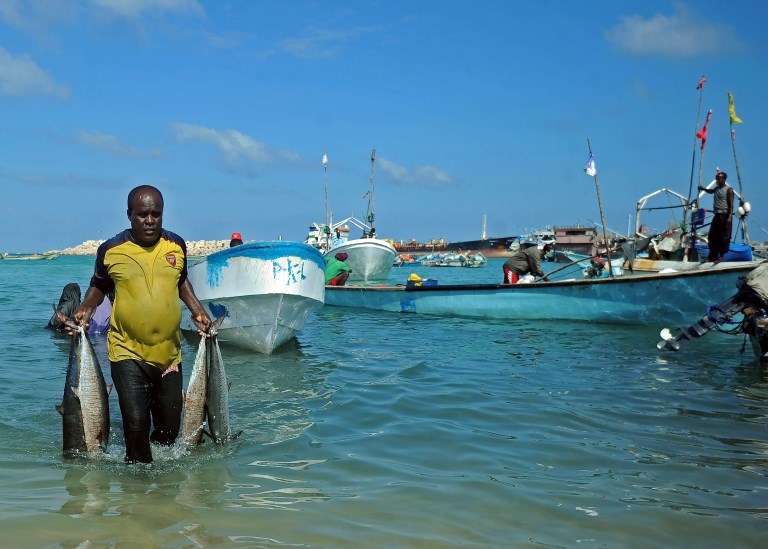 “Sir, we’re going to handcuff you,” a coast guard from Sao Tome tells a man accused of fishing illegally in the archipelago’s waters.

But the “fisherman” is really a French navy seaman disguised in a T-shirt, cap and sunglasses — a member of an unusual multinational training exercise to combat crime in the Gulf of Guinea.

Illegal fishing, piracy and hostage-taking haunt the vast bay lying off West Africa, whose coastline runs from Liberia in the west to Gabon in the south.

According to the European Union, the Gulf of Guinea is the “worst-affected region” in the world for unauthorised fishing. In 2016, around a third of all catches, a haul worth about 1.5 billion euros ($1.8 billion), were illegal, it says.

In a survey of sea piracy in 2017, the International Maritime Bureau found that of 16 incidents around the world when a vessel came under fire, seven occurred in the Gulf.

These exercises, held several times a year, are designed to be realistic.

In one, not far off the Sao Tome and Principe archipelago, sailors from Sao Tome were ordered to arrest the crew of a Chinese fishing boat, in the shape of the Lavallee.

A Sao Tome naval officer led his men in boarding the foreign vessel for an inspection and thorough search, which resulted in the arrest of the pretend fisherman for pillaging local fish stocks.

The “fishermen” put up a fuss, rowdily complaining of the heat and doing their best to make life more difficult for their captors.

One Sao Tome sailor carefully treated a make-believe injury sustained by a fisherman, setting his arm in a sling.

Once the exercise was over, it was time for an assessment — the Sao Tome sailors realised they need to beef up safety precautions while boarding a vessel and improve ways of searching a suspect.

Another scenario envisaged an operation against pirates. Aboard a Gabonese patrol boat that sailed from Gabon’s coastal capital Libreville, participants practised how to conduct the mission without breaching international maritime law.

“This type of exercise is informative and places us in real-life situations,” said the vessel’s commander, Sub-Lieutenant Gael Mbanda.

“They enable us to pinpoint our weaknesses in equipment and personnel.”

This accord — signed in Cameroon and known as the “Yaounde Process” — has led to stronger cooperation over some 6,000 kilometres (3,700 miles) of African coasts and the adjacent waters, Maritime Security Review reported in June 2017, when EU logistical support began.

Despite the political steps forward, huge practical challenges remain, given the sheer volume of fish stocks stolen in a vast area of water.

“Illegal fishing amounts to a quarter of the value of African exports,” said Lionel Kinadjian, the representative of the UN’s Food and Agriculture Organization (FAO) in Gabon.

Senior French naval officer Captain Emmanuel, whose second name was withheld for security reasons, also pointed to a shift in tactics by pirates.

“(They) have moved on from ‘bunkering’ — the theft of goods stored aboard a vessel — to an increase in the taking of hostages for ransom,” he said.