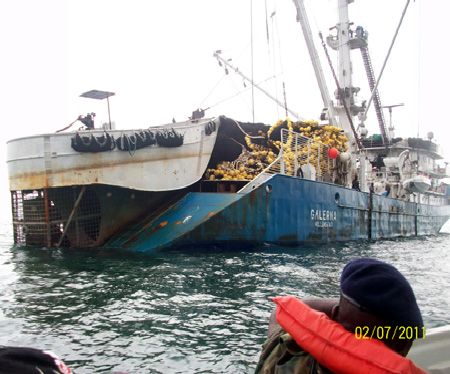 The Maritime Wing of the Republic of Sierra Leone Armed Forces (RSLAF) over the weekend impounded an illegal fishing vessel, which was caught conducting illegal fishing activities along the country’s territorial waters in total contrast with laid down principles.

The foreign fishing vessel called Galerna, which had as it crew French, Nigerian, Ghanaian, Curacao, and Senegalese national, was arrested on Friday 1st July 2011.

The crew claimed that the vessel was given license by the Bombali Fishing Company to fish tuners in the country.

The vessel was impounded on various offences ranging from absence of fisheries ministry observers onboard to the absence of transponders in the vessel, among various other offences. 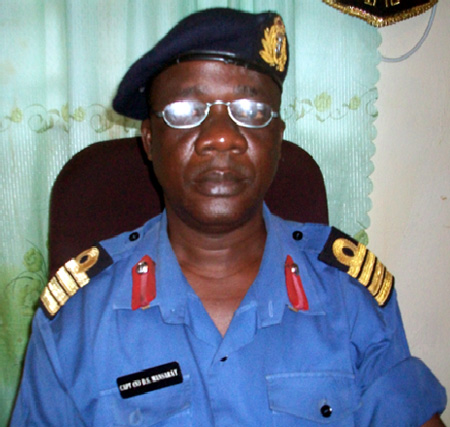 Mansaray highlighted that the AMLEP is a yearly event jointly conducted by the United States Coast Guard and Joint Maritime Committee, commencing in July of every year.

The aim of the mission, he said, is to ensure maritime safety and security by aiding the RSLAF in policing the two hundred and fifty nautical miles of Sierra Leone’s water against illegal fishing activities.

He said the RSLAF is well trained and can boast of capable and credible personnel to surveillance the Sierra Leone waters. He however noted that the need to capacity personnel with logistical supports including sailing equipment cannot be overemphasized. In that regard, he appealed to the Government of Sierra Leone, through the Defence Ministry to provide logistics for the maritime wing, in order for the wing to accordingly sail and surveillance the Sierra Leone waters, instead of relying on foreigners. He disclosed that the equipment they are presently using does not go beyond one hundred nautical miles. 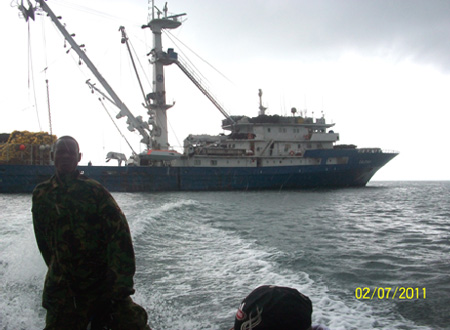 He urged authorities concerned to make sure the maritime wing is properly equipped prior to the commencement of oil drilling in the country’s waters.

In an inspection tour of the confiscated vessel on sea, the visibly torment captain of the impounded vessel, Jose Maus Gabancho, refused to comment to the press on their illegal fishing expedition.

It could be recalled that prior to this arrest, the maritime wing had impounded a fishing vessel called Layal, belonging to the

Sierra Fisheries Company, for failing to send catch reports and other violations. The vessel was escorted to the port and on

conclusion of investigation fined one hundred and thirty-four million leones (Le134,000,000). The fine had already been paid. 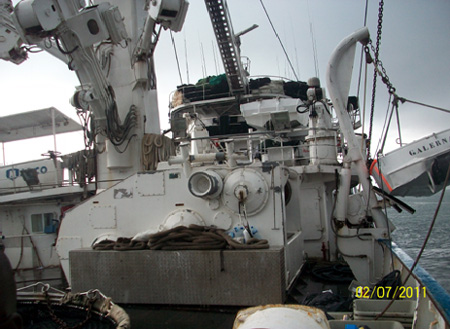