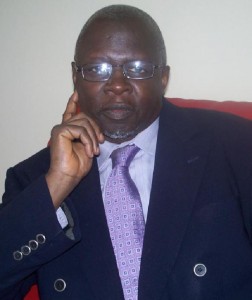 Owners of a Spanish Fishing Vessel, F/V Galerna, registered under the Mbambali Fishing Company in Sierra Leone and a fishing vessel, F/V Layal, operated by the Sierra Fishing Company, recently arrested by a combined team of U.S. Coast Guards and the Maritime Committee in the country’s territorial waters have paid fines levied on them for violating laws governing the country’s fisheries sector.

Making the disclosure during a debriefing session following the joint operation at the Naval Base, Murray Town, the Acting Director of Fisheries, Alpha Bangura said the Current Maximum Administrative fine for the offence of failing to carry an observer onboard the  vessels, contrary to section 68(1) of the Fisheries Management and Development Act, committed by the Spanish Fishing Vessel, F/V Galerna was USD 20, 000 while that for the offence of failing to send daily catch report, contrary to section 68 (2b ) of the Act was USD30, 000.

The Acting Director reported that in addition to the above sum, owners of fishing vessel F/V Galerna have also paid the sum of Le 5,000,000(Five Million Leones as Current Maximum fine for failing to supply true, correct and complete information about the vessel call sign.  F/V Layal,  owned by Sierra Fishing Compan paid the sum of  USD30,,000,000 (Thirty Million Leones) for failing to send daily catch report to the ministry of fisheries prior to and on the day of the arrest, contrary to section 68(2b) of the Act. He further disclosed that in addition to that the vessel has also paid the sum of Le 2,000,000(Two Million Leones) for failing to navigate to Port as directed by the boarding team.

Mr. Bangura said his ministry has been very instrumental in capacitating the Maritime wing of the country’s Armed Forces and emphasised the importance of the Fisheries Management and Development Act and Regulations. He expressed concern over what he referred to as misconceptions and misunderstandings surrounding the arrests, not least the misinterpretation and distortion of some facts in the Fisheries Act by some members of the press. He however underscored the need to prevent them in the future through information sharing. He thanked the United States for its continued assistance and looked forward to initiatives that would further enhance the country’s surveillance, monitoring and control capability.

Deputy Liaison Officer in the Embassy of the United States, Bruno Sanchez who described the combined surveillance operation as successful, expressed the need for Sierra Leone, Guinea and Liberia to pull their resources together in order to effectively address their challenges. He registered his country’s unwavering commitment to ensuring Sierra Leone benefits from its natural resources. While describing the Rule of Law as the best way to measure the growth of a nation, Mr Sanchez urged government to make it a point of priority.

Commander of Sierra Leone Maritime Wing, Capt. Daniel Mansaray said the enforcement of maritime laws have helped boost the revenue base of the marine ministry and appreciated the role the US Guard has been playing in policing the country’s territorial waters.  Head of the Joint Maritime Committee, Tommy Taylor said ‘Operation Lion Rock’ was a demonstration of the commitment of United States commitment in promoting the bilateral agreement signed with Sierra Leone in respect of the country’s marine safety and security.