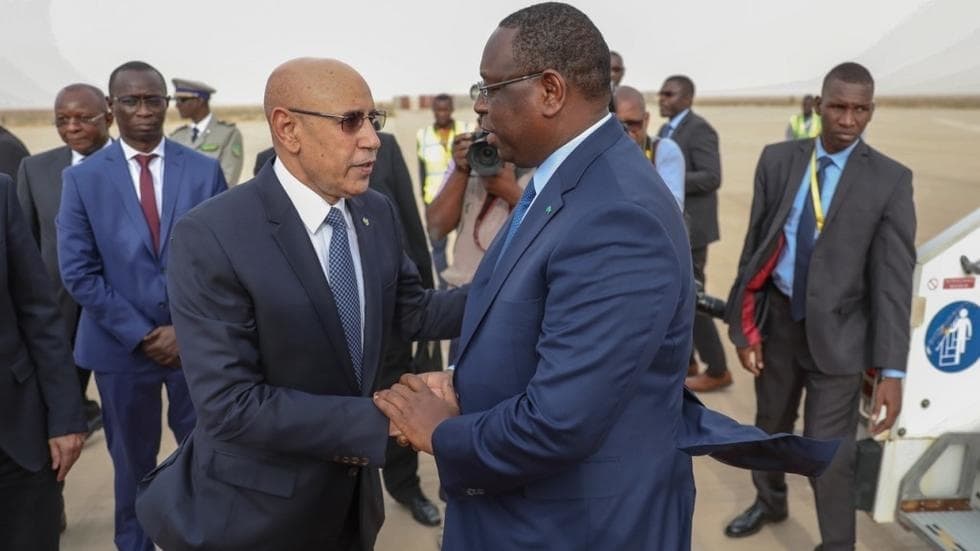 Senegal and Mauritania have both been rowing over fishing in recent years, an activity that is crucial to both economies.

Mauritania and Senegal have had conflict over the fishing activities within their waters, depleting their fish stocks.

Most of the fishing was carried out by European and Asian trawlers for decades. But Mauritania accused Senegalese fishermen of operating in their waters illegally.

As part of efforts to improve relations with Senegal, Mauritania lifted fines imposed on Senegalese farmers.

Mauritanian President Mohamed Ould Ghazouani and Macky Sall reviewed the framework for their cooperation in fisheries.

Sall welcomed the Mauritania’s decision to canceled the fines imposed on their fishermen .

“I think that after this visit, we can be proud to speak to our fellow fishermen, even if I strongly condemned their action, because questions are not resolved by violence.

We are opening a new page in the management of fisheries agreements between the two countries,” said Macky Sall.

Ghazouani also said that “We are friends because the two countries are an ancient story. We fishermen have their request to speak with the Mauritanian government so that licenses can be increased.”