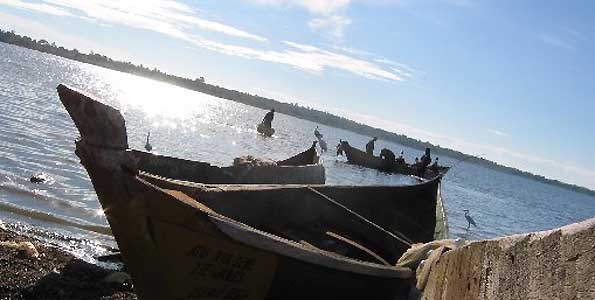 Rorya District Commissioner Benedicto Kitenga has directed the police to arrest all illegal fishermen from neighbouring countries, who use poison to kill fish for easy collection from Lake Victoria.

He gave the directive during a meeting with councillors here over the weekend. The Council meeting was chaired by vice- chairman, Abert Machiwa.The DC who graced the meeting, said that in the recent days there had been an increase in illicit fishing activities in Rorya district, following collusion between the local and foreign criminals.

He named the areas which has been hit hard by poison fishing as Kibuyi, Kyangombe, Nyamagaro, Kinesi, Ruhu and Shirati, Suba and Nyancha.“This trend is increasingly affecting fish species in the lake, something which has adverse effects on our economy since revenues from fishing industry will go down”, he warned.

Mr Kitenga directed the police to work with local leaders to ensure all the perpetrators are brought to book. With availability of speed boat donated by the area member of parliament, Mr Lameck Airo, he said the work would be easy.

Meanwhile, The DC added that in efforts to alleviate hunger that was caused by severe droughts which hit the area, his district was set to boost agricultural activities after getting 10,000 agricultural inputs this season.

Speaking at the same meeting, the Chairman of the council, Mr Albert Machiwa, underscored the need to reduce illiteracy in the district, insisting that stakeholders and the area legislator already had provided 950 desks to help reduce the current shortage of desks in many schools.