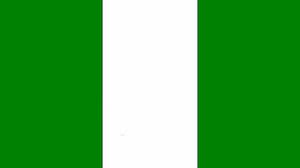 Nigerian waters are gradually becoming unsafe for criminal activities following a partnership between Nigerian Maritime Administration and Safety Agency (NIMASA) and the Nigerian Air force in ensuring the promotion of maritime safety and security.

In line with the partnership, an ATR 42 surveillance aircraft, equipped with Automatic Identification System (AIS) and Radar, is being deployed for air surveillance of the country’s territorial waters and Exclusive Economic Zone (EEZ). The AIS can see shipping activities within 160 nautical miles.

Director General of NIMASA, Ziakede Patrick Akpobolokemi said at a maritime Stakeholders’ Sensitization Conference in Lagos, that the partnership has recorded tremendous successes in the area of air and coastal surveillance and the exercise of the right of hot pursuit.

He said the partnership was entered into on the 26th of August, 2013, with a view to further enhancing the Agency’s capacity in enforcing extant maritime laws as well as to monitor and secure the Nigeria’s territorial waters and Exclusive Economic Zone (EEZ).

It was also aimed to check rising incidences of and increased sophistication of pirates, armed robbery at sea and other unlawful activities in Nigerian waters.