How we fought pirates in 5 years, by Nigerian Navy 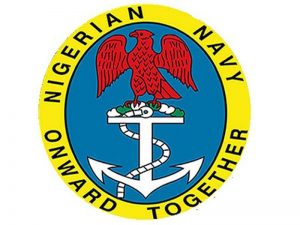 The Navy, in a recent statistics provided to Daily Sun, said over 5, 000 illegal refineries scattered around the Niger Delta area were destroyed within the period while over 400 vessels used to steal crude oil from the area were arrested.

According to the data, over three million crude oil taken from the Nigeria oil well in the Delta area were also destroyed, while over two million premium motor spirit (PMS), over one million litres of automotive gas oil (AGO) and 3, 574,360 litres of kerosene were destroyed by operatives of the force in the fight to stop criminals from taking control of products in that area.

Also, 13 ocean going vessels involved in illegalities within the country’s territorial waters were impounded and forfeited to the Federal Government, while 77, 280 bags of smuggled rice amounting to over N1billion were impounded between 2015 and 2020.

The force, it was further learnt, also impounded 140 tankers/ trucks and 404 vehicles involved in smuggling activities. Following the opening of the nation’s borders with stringent measures to prevent smuggling activities, the Nigerian Navy said it directed all units and formations across the country having common maritime borders with other countries to employ more intelligence and sustain patrol effort in order to arrest perpetrators of smuggling activities and their sponsors.

The various operations in 2020, it noted, led to the arrest of a total of 593 vessels, trucks, barges and boats suspected of committing various infractions within the maritime environment.

The Navy said three dedicated operations of the service with other arms of the military – Tsare Teku, Calm Waters and River Sweep, among others, have positively impacted on the force, helping in reducing piracy in Nigerian waters from 70 in 2016 to 11 attacks as of August 2020.

Apart from that, the Nigerian Navy anti-piracy operation was said to be responsible for the arrest of a total of 116 pirates and the rescue of numerous vessels from pirate attacks at sea.
The recent joint rescue of a merchant tanker, MT Tommi Ritscher, by Nigerian and Benin Republic navies in Benin Republic waters gave effect to the activation of the ECOWAS Maritime Zone E, among member states of Benin, Togo, Nigeria and Niger Republic.
From 2015 to date, the Nigerian Navy also increased routine patrols at sea, with its vessels clocking an annual average of 25, 574 hours at sea and the constant presence of the force has led to appreciable decrease in maritime criminal activities.

In the last five years, the Nigerian Navy has made considerable gains in its anti-smuggling operations and stakeholders say that these efforts redoubled in the past four years due to closer collaboration with other stakeholders under the auspices of Operation Swift Response.
The Maritime Domain Awareness facilities made up of the Falcon Eye (established by the Office of the National Security Adviser) and Regional Maritime Awareness Capability have greatly improved the Nigerian Navy’s surveillance capacity while serving as force multipliers, the Navy informed.

The Navy said it launched two indigenously produced hydrographic charts, which have been internationally certified.

The Nigerian Navy said it also checked the incursion of illegal fishing within the five nautical miles of the nation’s maritime environment to protect artisanal fishermen. This, it said, saw progressive increase in fishing from 2016 after years of decline due to insecurity at sea.
The Navy noted that, under the Buhari administration, the force witnessed extensive procurement of platforms of different types and mix.

“The government funded the procurement of 267 flat bottomed, assault, rigid hull, riverine patrol and whaler boats. Importantly, about 170 of these riverine patrol boats were built in-country, thus complementing indigenous shipbuilding capacity, employment generation and skills acquisition. Following the successful commissioning of a second locally built Seaward Defence Boat (SDB) NNS Karaduwa in 2016, local shipbuilding is being further enhanced through the indigenous construction of a 43m SDB and two logistic supply vessels that are programmed to join the service soon.

“The Nigerian Navy also deployed 12 naval security stations along the nation’s coastline in areas prone to illegalities under the Choke Point Regime and Control Operations. Additionally, the Buhari administration facilitated the procurement of 25 fast attack craft, seaward defence boats and inshore patrol craft. Furthermore, one survey ship, one offshore patrol vessel and one landing ship tank are being expected to join the Nigerian Navy fleet soon while one AW 139 Leonardo helicopter has already been delivered to the service,” the navy further explained.