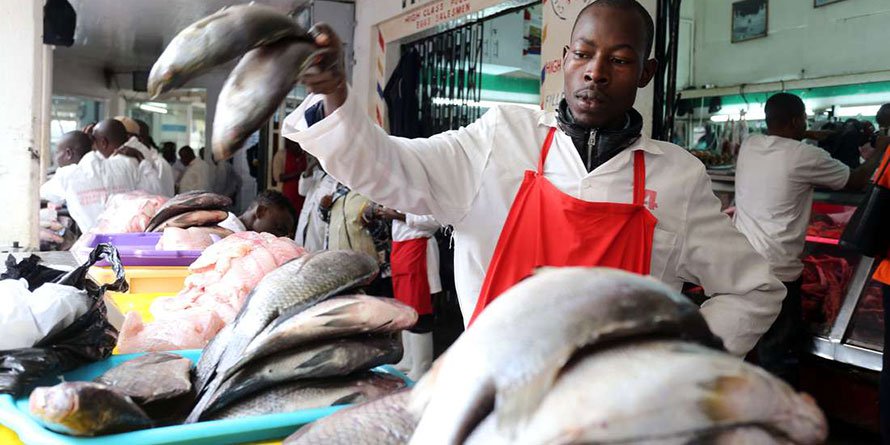 Kenya earned much more from fish exports in the last three years than it paid for imports despite rising volumes shipped in and an outcry over foreign sea food flooding the local market.

The country earned Sh8.5 billion from selling abroad, which was higher than the Sh4.03 billion paid for imports in the period under review, according to official figures.

Export volumes in the last three years stood at 16,429 tonnes compared with 40,991 tonnes imported in the same period.

“The earnings from exports were higher compared to imports because of the high value that Kenya’s fish earned in the world market,” says the Department of Fisheries.

The country exports frozen Nile Perch, tuna, octopus, frozen whole tilapia and lobsters caught in the lakes and the Indian Ocean notably to the EU.

Fishmongers have been complaining of an increase in cheap imports mainly from China, which they say affect sales as they cannot compete with the local catch, which are expensive.

The government says Kenya will continue importing fish to meet the widening deficit, due to dwindling stocks both in the aquatic and marine space. Kenya has an annual deficit of 800,000 tonnes, which is filled through imports.

Lake Victoria, traditionally a major source of fish in the country, is currently suffering from depleted stocks. The stocks have been dwindling because of the use of wrong fishing gear and overfishing.

The government is taking corrective measure such as restocking of the lake and curbing illegal fishing.

Kenya’s per capita consumption of fish has gone up to seven kilos from two kilos in 2008.

The country is yet to attain the full potential in fishing at the Indian Ocean.

Under the Exclusive Economic Zones, Kenyan fishermen are allowed to fish up to 200 nautical miles from the shores but they are operating short of five nautical miles for lack of appropriate fishing gear to explore the deep sea waters.

Kenya has a large exclusive fishing zone with potential to produce 300,000 tonnes of fish annually estimated at about Sh75 billion. However, it is yet to optimally utilise the opportunity.

This has given room to developed nations with advanced gears to explore Kenya’s fishing potential. Illegal fishermen are also using the opportunity to exploit Kenya’s resources.