Africa’s Frozen Whole Fish Market – Nigeria Emerges As the Largest Market, with $488M of Imports in 2018 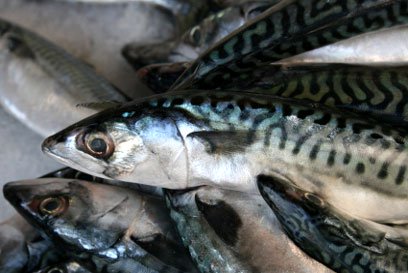 The value of the frozen whole fish market in Africa expanded markedly to $5B in 2018, jumping by 5.8% against the previous year. Over the period under review, the market size attained its peak level in 2018 and is expected to retain its growth in the years to come.

In 2018, approx. 1.5M tonnes of frozen whole fish were exported in Africa; increasing by 4.4% against the previous year. The total export volume increased at an average annual rate of +7.3% over the period from 2013 to 2018; however, the trend pattern indicated some noticeable fluctuations being recorded over the period under review. The pace of growth appeared the most rapid in 2017 when exports increased by 11% against the previous year.

In value terms, frozen whole fish exports went up modestly to $1.9B (IndexBox estimates) in 2018. The total export value peaked in 2018 and are likely to see steady growth in the near future.

From 2013 to 2018, the biggest increases were in Seychelles, while shipments for the other leaders experienced more modest paces of growth.

The frozen whole fish export price in Africa stood at $1,219 per tonne in 2018, approximately reflecting the previous year.

Prices varied noticeably by the country of origin; the country with the highest price was South Africa ($2,742 per tonne), while Namibia ($708 per tonne) was amongst the lowest.

From 2013 to 2018, the most notable rate of growth in terms of prices was attained by South Africa, while the other leaders experienced mixed trends in the export price figures.

In value terms, frozen whole fish imports went down modestly to $3B (IndexBox estimates) in 2018. The total import value hit record highs at $3B in 2014; afterwards, it flattened through to 2018.

The purchases of the four major importers of frozen whole fish, namely Nigeria, Cameroon, Cote d’Ivoire and Egypt, represented more than half of total import. It was distantly followed by South Africa (163K tonnes), Ghana (157K tonnes) and Mauritius (142K tonnes), together achieving a 17% share of total imports. Benin (97K tonnes), Democratic Republic of the Congo (96K tonnes) and Zambia (96K tonnes) followed a long way behind the leaders.

From 2013 to 2018, the biggest increases were in Benin, while purchases for the other leaders experienced more modest paces of growth.

In value terms, the largest frozen whole fish importing markets in Africa were Nigeria ($488M), Cameroon ($467M) and Egypt ($290M), with a combined 42% share of total imports. These countries were followed by Cote d’Ivoire, Mauritius, Ghana, South Africa, Zambia, Benin and Democratic Republic of the Congo, which together accounted for a further 39%.

There were significant differences in the average prices amongst the major importing countries. In 2018, the country with the highest price was Mauritius ($1,810 per tonne), while Nigeria ($839 per tonne) was amongst the lowest.

From 2013 to 2018, the most notable rate of growth in terms of prices was attained by Ghana, while the other leaders experienced a decline in the import price figures.