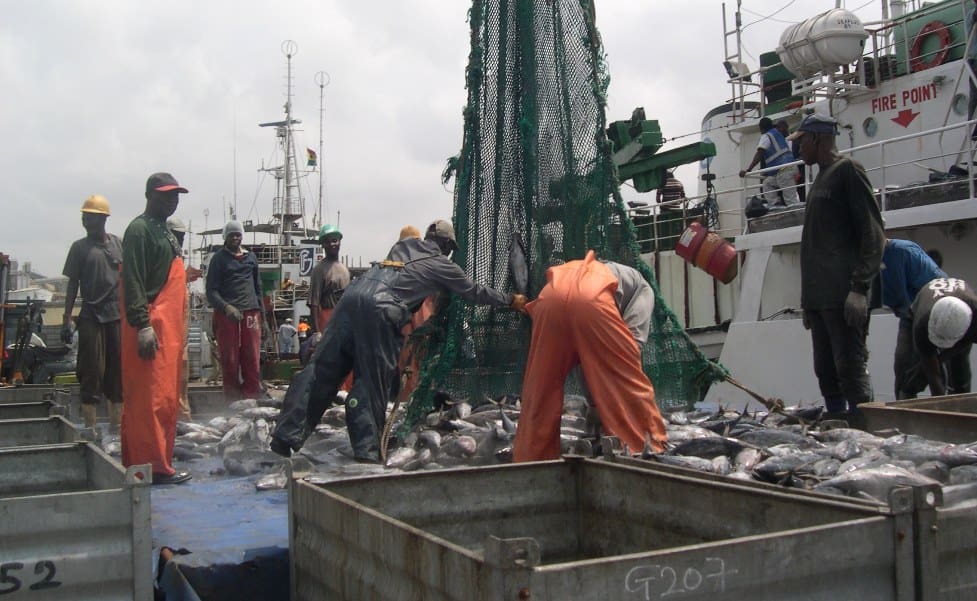 The Chairman of the National Premix Fuel Committee, Nii Lante Bannerman has denied claims that the Ghanaian seas have illegal foreign trawlers operating on them.

This comes on the back of several calls by Ghanaian fishermen asking the government to ban ‘saiko’ fishing, which is illegal fishing done by foreigners.

Speaking on the Citi Breakfast Show on Thursday, Mr. Bannerman claimed that the foreigners seen on the Ghanaian seas are employed by the Ghanaian fisherfolk to oversee their business.

“There is no Chinese on our high seas. It is our same Ghanaians individuals and companies who have come for licenses to operate these vessels and they have employed Chinese and Koreans to man these vessels. Per our laws, we can’t give license to any foreign trawlers to fish in our waters. You can only issue the licenses to indigenes.”

“If you issue the license to a Ghanaians and he’s operating a trawler and he chooses to bring in a Chinese or Korean captain doesn’t mean that the vessels are for the foreigners. The vessels operating the trawlers are Ghanaian owned vessels,” he said.

The National Canoe Fishermen Council on Wednesday asked the government to immediately ban ‘saiko’ fishing; a practice which currently is their major problem in the fishing business.

The Finance Minister, as part of efforts to save the fishing industry, said that the government will stop the saiko practice while presenting the 2020 Budget.

But an Executive Member of the National Canoe Fishermen Council, Nana Kwei Gyae said the practice must be banned immediately, and not wait till next year, to tackle the problem.

“So for the government to say they will stop saiko is good news but we are of the view that they should stop it now. Because the Scientific and Technical Working Group warned that by 2020 if nothing is done, the small pelagic would collapse. So for government to wait till 2020 to stop what is actually collapsing the industry raises a lot of concern,” he lamented.

But Nii Lante Bannerman indicated that the government has done a lot in fighting against saiko since they came into power three years ago.

“In recent times, I was part of a team that mounted the sea at 12 am midnight till 10 am in the morning, going after people who are illegally fishing on our high seas. We were able to arrest four canoes and two trawlers,” he said.

Saiko fishing (illegal fishing) is the practice whereby foreign trawlers target the staple catch of Ghanaian canoe fishers and sell it back to fishing communities at a profit.