Fighting piracy in the Gulf of Guinea needs a radical rethink 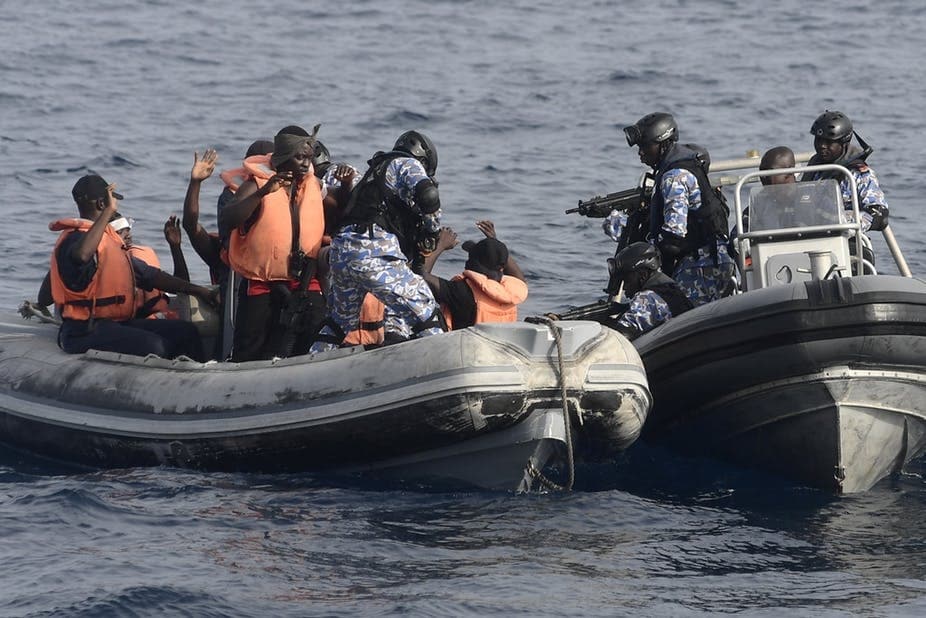 The Bonita had been anchored off Benin for several days, waiting for a berth in the port of Cotonou. On November 2, 2019 the crew had a traumatic awakening. Armed men boarded the vessel and kidnapped nine crew members. Only two days later, four seafarers were kidnapped from the Elka Aristotle, which was anchored off Lomé in neighbouring Togo.

Unfortunately, these were not the only attacks off the coast of West Africa in which seafarers were kidnapped. Nevertheless, the patterns are changing, with gradual signs of improvement. In addition, attacker success rates in the region have declined from 80% over ten years ago to just under 50% in 2018.

Another change has been the fact that attacks have become more visible. This is at least partly due to increased cooperation among countries in West and Central Africa. They adopted the Yaoundé Code of Conduct in 2013, aimed at fighting illicit activities at sea. Implementation has been slow, yet navies and maritime agencies in the region have become much more active in collecting relevant information.

Based on my research into maritime security in the region, I have become increasingly convinced that sustainable improvements are impossible when the focus is solely on piracy. In many cases, kidnappings of seafarers are an extension of land-based problems – such as fuel smuggling and illegal migration – and have to be tackled as such.

In my view, demands by the shipping industry for international navies to become more involved in counter-piracy operations won’t lead to lasting solutions. These can only be successful if they are designed based on regional requirements and take on board regional initiatives aimed at tackling a multiplicity of social problems, rather than just one.

Links to crime on land

High-profile attacks – such as the recent kidnappings – are generally carried out by criminal groups based in Nigeria’s Niger Delta region.

Kidnappings on land have been a long-standing problem for security forces there. Collecting ransoms has become a lucrative business model which requires foot soldiers, access to camps for holding hostages, and negotiators with the necessary skills. All these things can be found in the Niger Delta, where the lines between armed insurgents and organised criminals are often fluid.

For countries like Benin, Togo and Cameroon where Nigeria-based criminals have taken hostages from merchant ships this year, the situation is a concern. Ports in these countries are crucial for economic growth and development in terms of customs revenues. For example, more than 40% of Benin’s government revenues are collected in Cotonou’s port. Ensuring adequate security for maritime trade is therefore a strategic concern in Benin. Hence the government’s quick announcement of improved security measures for ships anchoring off Cotonou.

Most kidnappings still take place off the Nigerian coastline. The established pattern is one of hostages being taken and then released several weeks later for a ransom payment. This is according to analysis done by the Danish security intelligence company Risk Intelligence.

The fact that there are more cases off the Nigerian coastline points to my contention that this criminal behaviour is closely linked to land-based criminal activities – such as fuel smuggling – which is widespread in the area.

When such incidents are analysed through a narrow piracy lens, efforts of navies and law enforcement agencies -– which are already suffering from a lack of resources –- are likely to be misguided. The narrow view might mistakenly focus, for example, on the capacity to respond at sea.

The problem of wrong analyses is made worse by international actors, for example the US and European governments, the European Union or international organisations. They often put a strong emphasis on combating piracy and provide financial or technical assistance to partners in West and Central Africa. But they rarely focus on illegal fishing, fuel smuggling or illegal migration. All these activities have been linked to attacks against merchant ships or fishing vessels.

Fighting piracy in the Gulf of Guinea requires a broad understanding of maritime security. Acknowledging links between, for example, piracy and illegal fishing is vital for regional governments and external partners. On the most basic level, illegal fishing destroys fishers’ livelihoods, forcing some into piracy simply to earn an income.

A good example is the EU’s contradictory stance. On the one hand, it provides €29 million to support West Africa’s Integrated Maritime Security project. On the other hand, EU countries contribute to the depletion of fish stocks across West Africa.

Countries around the Gulf of Guinea also have to increase their efforts. Laws regulating maritime operations are often deliberately opaque, disguising a lack of enforcement capacity and enabling corruption. Increasing transparency would highlight shortcomings and problems caused by insecurity at sea –- somewhat embarrassing for any government, but necessary to address these issues.

Recent efforts in Nigeria, including a large conference in October that led to the Abuja Declaration, are a step in the right direction. The declaration highlighted shortcomings of countries around the Gulf of Guinea related to ocean governance and law enforcement at sea. Concrete actions have to follow.

More transparency could also help to improve relationships between the maritime industry and security agencies in the region. Lack of trust and limited cooperation have often hindered thorough investigations, feeding a simple narrative of piracy without a broader look at other maritime security challenges.