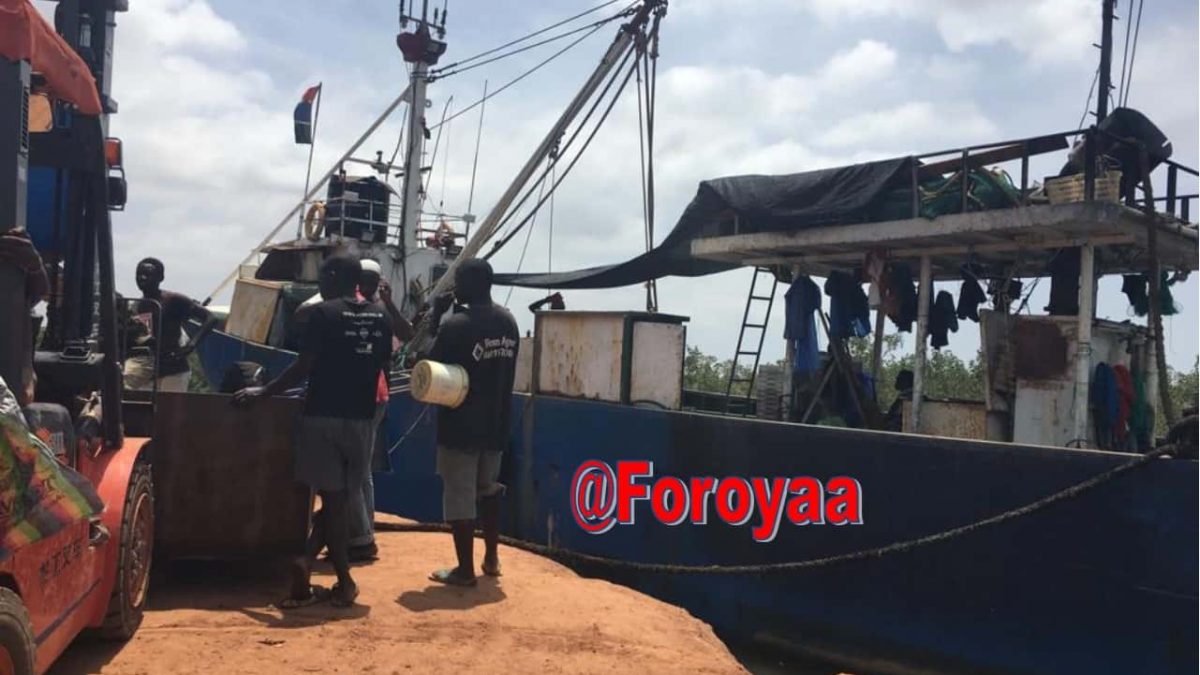 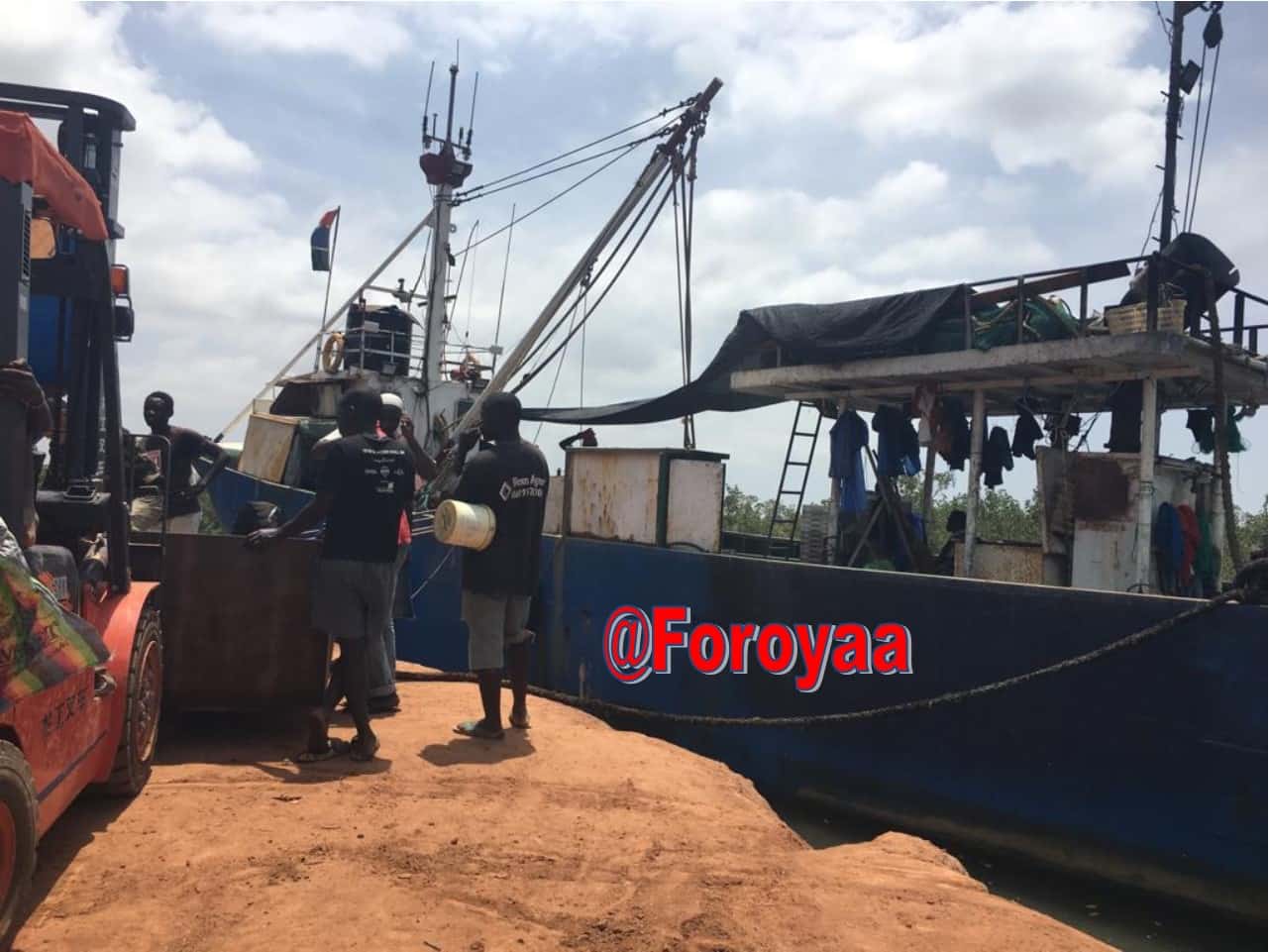 Gambian authorities have suspended a vessel owned by a Chinese fishing company, Qunlong Fishing Enterprise operating in Mandinari, barely a week after Fisheries Director Famara Darboe shrugged off claims that his institution issued a license to them.
Lamin Saidy, the manager of Qunlong Fishing Enterprise said one of their vessels was intercepted by the Sea Shepherd crew, who are working with the Gambia government.
“Authorities have suspended one of our vessels from operation until further notice. The impounded vessel is in Banjul, but three others are still operating because their license is yet to expire,’’ he said.
When asked how their company acquired operational license from the Department of Fisheries, Saidy said the licence was issued by the Fisheries Department despite its Director’s claim that he did not issue any license to the Chinese company.
“I cannot comment further, but what I know is that the vessel captains are working with the authorities to resolve the matter,’’ he said.
A newly-built boat owned by another Chinese company in Mandinari was seen at the landing site. A member of the crew and a national of Côte d’Ivoire said the construction of this boat is ongoing.  He added that the boat would be deployed to Kartong to start operation soon.
Efforts were made to speak to the captains, but they were unsuccessful.
“I did not give any license to Chinese vessels to land their fishes in Mandinari,” said Famara Darboe, Fisheries Director on 20th September 2019, in Banjul.
The staff of Qunlong Fishing Enterprise said they obtained approval from Fisheries, National Environment Agency and Department of Parks & Wildlife to land their catches at Mandinari Park.
According to a license shown to these reporters, these vessels have authority under the Fisheries Act 2007 and Fisheries Regulation 2008 to land their catches at Mandinari after fishing.
“Every three months, we pay three hundred thousand (D300, 000) to Fisheries for the two vessels,’’ Saidy indicated.
Army spokesperson, Major Lamin K. Sanyang said their personnel were not involved in the operation and referred the reporters to Fisheries for further comment.
In August 2019, three Chinese trawlers were intercepted following a joint operation by the Department of Fisheries and the Gambian Navy.
This joint operation between Sea Shepherd, inspectors at Fisheries Department and the Gambia Navy was aimed at tackling illegal, unreported and unregulated fishing in the sub-region of West Africa.