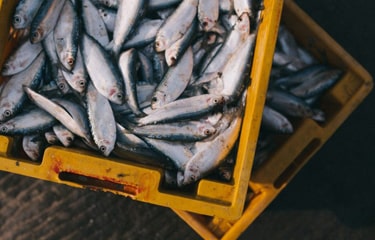 The Andoni Fishing Port and Processing Zone, under construction in a coastal region of Rivers State, is being billed as the first of its kind in West Central Africa’s Gulf of Guinea.

The new port will trade in species like mackerel, herring, tuna, and croaker, as well as crustaceans, nearly all of which will be destined for the export market. The 2,500-hectare site, incorporating a fishing port, processing facilities, warehousing zones, and ship maintenance yards – will cost between USD 1.5 billion and USD 2.5 billion (EUR 1.3 billion and EUR 2.2), depending on eventual design specifications. The complex will draw Asian investors and create jobs and wealth for the region, according to the project promoter.

“We feel it is unique and one-of-a kind project and [investors] will gladly buy into it this time, because it will offer them a single platform in dealing with the other countries in the West and Central Africa Gulf of Guinea, leveraging on Nigeria’s influence in the whole region,” Emeka Chukwu, the CEO of the project development company, told SeafoodSource in April 2019.

But Environmental Justice Foundation Executive Director Steve Trent has criticized the project, saying that if the port attracts more bottom-trawlers to the region, licensed to fish not only in Nigeria but in neighboring countries, they could have a damaging impact.

“Bottom-trawling is inherently destructive, and in Ghana, these vessels are having an extreme effect, as they have begun to illegally target small pelagic species – a major source of protein for coastal villages in the country – as well as the bottom dwelling species they are licenced for,” he said.

Landings of the small pelagic sardinella in Ghana declined by approximately 80 percent between 1996 and 2016, according to the FAO, and the organization has recommended the complete closure of the fishery to prevent total collapse, Trent said. Regionally, some 43 percent of stocks in the broader Eastern Central Atlantic are fished at biologically unsustainable levels.

But according to Chukwu, the Andoni Fishing Port and Processing Zone will curb IUU fishing, Chukwu said he has consulted with officials and fishermen in the Gulf of Guinea nations including Ghana, Senegal, and Guinea, on the issue of overfishing and illegal fishing in the region.

“We are aware of the fact [that overfishing is occurring],” he said. “That’s why we are pushing forward with this project as it will mitigate and put a stop to [it].”

Chinese vessels have been arriving this year in Ghana and Senegal, where they’ve purchased licenses to operate locally. According to Chukwu, with the new port, “the foreign vessels will only operate in deep waters and come ashore to the fish port and processing zone to land and process their catches, before heading back again to sea.”

That will create a separation between the domestic and international fleets, he said. Combined with a tightening of national fishing rules, the problem will be addressed, according to Chukwu.

Concerns over IUU fishing have not stopped Ghana from pressing forward with a separate fishing port and processing hub currently being built with the help of Chinese investment in Accra, the country’s capital. In 2018, Ghanaian President Nana Akufo-Addo turned the sod on the Jamestown Fishing Harbor, which is being built by Chinese engineers and contractors with a USD 60 million (EUR 53.3 million) grant from China. Several Chinese fishing firms have fishing bases in Ghana and subsidiary companies operating vessels flying the local flag.

This all comes as a new report suggests China’s distant-water fishing fleet is vastly larger than previous estimates and Chinese government data suggested. The fleet is 16,966 vessels in size, according to research by the Overseas Development Institute. That’s much larger than the Chinese government’s own estimate of around 3,000 vessels – a level at which it has promised to cap its distant-water fleet. By contrast, the E.U. claims to have 289 vessels in its distant-water fleet and the United States operates 225 vessels operating beyond its exclusive economic zone.

Of the overall figure calculated by the ODI for China’s fleet, some 1,821 are trawlers – many of them operating bottom-trawling methods. Meanwhile, 1,000 are registered in other states, with 581 registered in Africa. However, the greatest number of Chinese vessels operate in the northwest Pacific, the southeast Pacific and the southwest Atlantic, in particular off the coast of Argentina and Peru fishing for squid.

Even though its vessels operate in regional fishing management organization, China participates in only seven RFMOs, whereas the E.U. has joined 17, according to the ODI report.

Without rules and enforcement from the RFMOs, West African countries must install and enforce a robust management regime if they wish to end overfishing in their waters, Trent said.

“It is also abundantly clear that any new and additional fishing effort must be matched by fit-for-purpose monitoring, control, and surveillance with transparency at its core, and combined with this, a robust enforcement regime designed to build regional collaboration,” he said. “Failure in this vital area will almost certainly lead to greater unsustainable and illegal fishing activity. Currently, this is not in place.”