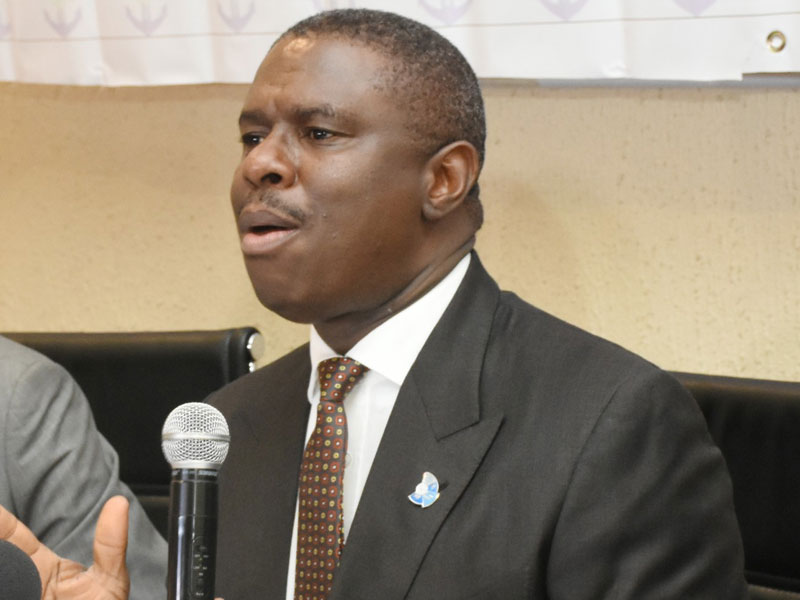 He added that countries are not necessarily going to adopt a uniform approach in fighting maritime insecurity in their domains but will collaborate to ensure that insecurity in the GoG is tackled.

He also said efforts were on to ensure that perpetrators of illegal fishing and stolen oil do not benefit from their unlawful acts as efforts are going to be put in place to check the acts at the point of sales in the international markets.

A representative of the Chief of the Naval Staff of Nigerian Navy, Chief of Policy and Plans, Rear Admiral Begroy Ibe-Emwo, also disclosed that the Navy would soon take delivery of additional 2 vessels to strengthen its patrol against illegal fishing.

While admitting that the ocean is vast and Nigeria’s inability to fully police the waters, he said the federal government is putting measures in place to arrest the situation.

Meanwhile, in a communiqué issued at the end of the conference it was agreed that states of GoG and her international partners should give priority attention to training and capacity building for relevant stakeholders involved in maritime security including national maritime authorities, law enforcement agencies and navies as first responders.

It was also agreed that Navy/Coast Guards and maritime law enforcement agencies in the GoG states should engage in regular joint maritime operations, including with international partners, to harmonise operational procedures, training standards and foster interoperability.

The communiqué read in part, “GoG States should explore the possibility of designated maritime courts to handle cases of sea robbery, piracy and other maritime offences to ensure quick dispensation of cases in addition to capacity building and sensitisation of judiciary on crucial relevant legislation.

“GoG States should put more efforts to implement various agreed strategies at the continental, regional and national levels. GoG States with the support of regional organisations like the ECOWAS, ECCAS, ICC and relevant international organisations should continue to ratify and fully domesticate the provisions of the relevant international conventions including UNCLOS 1982, SUA and Port States Measures Agreement.

“GoG countries should explore alternative and innovative sources of funding for their maritime security and law enforcement agencies to enhance the effectiveness of their response to maritime incidents. GoG States should establish repeatable, documentable frameworks for interagency cooperation. GoG states are encouraged to strengthen mechanisms and structures for engagement with the local communities, fishing communities and seafarers including private stakeholders for economic benefits. GoG States should strengthen, including funding, national, zonal and regional maritime domain awareness centres to enhance information sharing and coordination. GoG States are encouraged to sustain regular meeting of heads of states, heads of navies/coast guards and other maritime enforcement agencies on issues of maritime security for mutual benefit.”