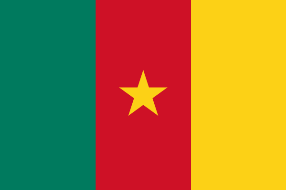 In his keynote speech at the Yaounde Conference Centre yesterday 24 June to open discussions on the pernicious problem of safety and security in the Gulf of Guinea, President Paul Biya clearly recalled the concerns of the Heads of State present and gave some guidelines as to the way forward.

Virtually all Heads of State whose countries are directly or indirectly affected by the growing insecurity in the Gulf of Guinea were present, definitely to signify the importance of the issues at stake. Of course, being present is one thing and ensuring that the decisions taken are fully applied is another.

That understanding must have underpinned President Biya’s insistence that not only was there little time to waste, but they had an obligation to produce results by making the waters of the Gulf of Guinea secure for the present and future generations.

Thus, by the close of the Summit today 25 June, proposals made to the Heads of State by experts and Foreign Affairs Ministers of the Economic Community of West African States (ECOWAS), the Economic Community of Central African States (ECCAS), and the Gulf of Guinea Commission (GGC), must not be just resolutions of another Summit. To go by the declaration of ECOWAS Chairman, Alassane Dramane Outtara, who is also President of Ivory Coast, there are four key areas of concern which the experts and Foreign Affairs Ministers settled on, after the Cotonou, Benin (18-19 March 2013) and Yaounde, Cameroon (21 June 2013) meetings to prepare for the current summit. Ouattara’s desire that the issues be tackled squarely was later to be echoed by President Biya.

Piracy, armed robbery, drug trafficking, circulation of illicit arms and other vices that have of late been commonplace in the Gulf of Guinea have continued to be detrimental not only to the states, but also to individuals living in countries of the Gulf of Guinea. That was why President Biya recalled in his speech the oceans which in the past favoured movement from one region to the other with the added advantage of exchange of ideas and human interaction were no longer safe.

Consequently, Mr. Biya reiterated that the Heads of State could not wait any longer to ensure that safety and security return to the Gulf of Guinea. He equally pointed to the fundamental concern that there can be no development without peace. In compliance with the view that collective action is indispensable for the achievement of required results, President Biya pointed to the support by various international organs in the holding of the Yaounde Summit.

Besides, the ECOWAS and ECCAS blocs and the GGC that were helpful in the Yaounde confab, the United Nations (UN) also played a key role. Actually, the UN Security Council recommended in its 2039 Resolution of 29 February 2012 to ECCAS, ECOWAS and the GGC, with the cooperation of the UN, the African Union and other partners, hold a summit of Heads of State and government on maritime piracy and the armed robbery in the Gulf of Guinea.

Although with only two per cent of attacks witnessed in Cameroon, Mr. Biya still thought it wise to press for the summit in Yaounde, knowing that its fallouts would benefit all and sundry. Thus, President Biya’s disclosure at yesterday’s opening session of the summit that the UN preoccupation was in line with the aspirations of Cameroon, thereby justifying Yaounde’s interest to gather 12 Heads of State to take binding decisions that can ensure security and safety throughout the Gulf of Guinea.