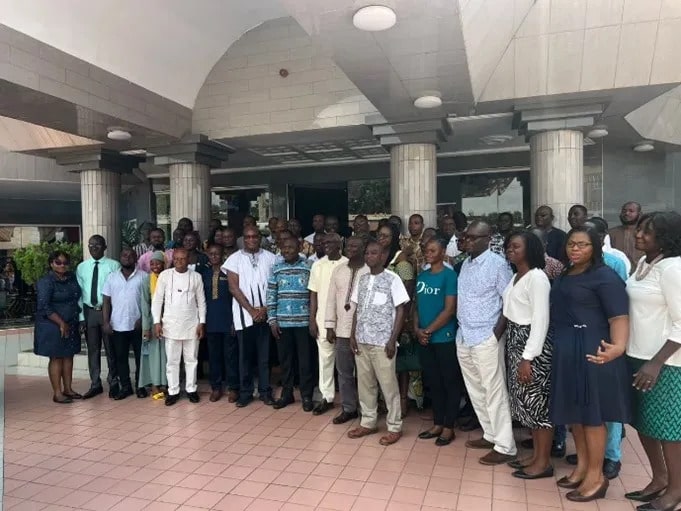 Launched by the country’s deputy minister for fisheries and aquaculture, Moses Anim, it was launched at a validation workshop that took place in Accra on 23 November and was sponsored under the Fish for Development programme between Ghana and Norway.

The new plan also targets an increase in the market share of commercially farmed fish from 14 percent in 2021 to 25 percent in 2027. It expects to register a 50 percent improvement in the performance of fish farms, thanks to the recovery of several big farms that were virtually wiped out by the ISKN virus. And it is targeting a significant improvement in environmental and aquatic animal health standards. For example, under the Fish For Development programme, fish health laboratories are being established in regional capitals, and a postgraduate training programme is preparing fish health personnel for the aquaculture sector.

The plan followed extensive consultation with stakeholders in the industry, and participants felt that its objectives were achievable.

A major boost to the possible success of the plan has come from the recently concluded Tilapia Seed Programme, sponsored by WorldFish and the International Food Policy Research Institute, in collaboration with some local partners. Under this project, 36 hatchery operators and nursery from seven key production regions and 378 fish farmers were trained and equipped. A key result of this programme is significant improvement in the quality of seed material available to farmers across these regions and beyond, which will impact national output. These trained people have also been linked to extension and support services.

However, a major bottleneck is the high cost of fish feed. A collaboration between research and private agencies is expected to see the introduction of a commercial feed based on alternative feed sources at the beginning of the next year. Feed producers are exhorting farmers to focus their efforts on wrestling fish pricing from middlemen, and increasing the value of their products through processing.