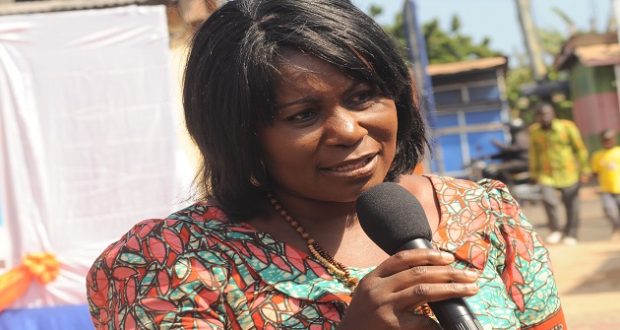 Government is seeking to increase the local fish supply by 100,000 metric tonnes by 2018.

This is in line with the objective of reducing the country’s overdependence on imported fish.

The Minister of Fisheries and Aquaculture, Elizabeth Afoley Quaye, who disclosed this also maintained that the effort will correct the balance of trade deficit that Ghana has been experiencing for sometime now.

According to the Minister, the objective will be achieved through a pragmatic fish farming exercise.

“The Ministry has substantial investments in the sector; with aquaculture being the flagship program to bridge the national fish requirement gap. Additional investment is being channeled to industry to produce 100,000 tonnes of farmed fish by 2018 to supplement our fish supply,” she stated.

Madam Afoley who was speaking at this year’s National Farmers’ Day Awards in Kumasi added, “Mr. President, with your able leadership, after launching the flagship program, Planting for Food and Jobs, you will be launching the aquaculture for food and jobs program in 2018.”

Although local consumption of fish has increased substantially to about 990,000 metric tonnes, local production have not grown to meet the demand.

The supply of fish is currently estimated at 588, 000 metric tonnes.

Similarly, fish imports are estimated to have increased by almost six times as at 2016, to about 600,000 metric tonnes.

Meanwhile the Fisheries Ministry is also set to roll out a fish feed processing entity to address the major issues confronting fish farmers in Ghana.

“Fish feed is the single most important cost component for the fish farming business. and to improve the fish feed supply situation, the Ministry has facilitated the construction of 40,000 metric tonne feed mill at Akuse; this will bring the total national production of fish feed to 100,000 metric tonnes annually,” the Minister concluded.