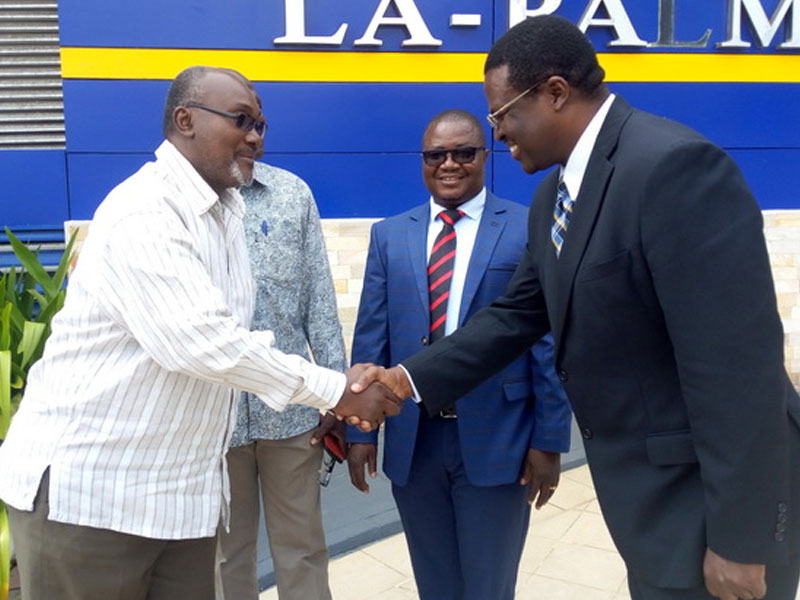 The African Development Bank (AfDB) is to support the fisheries sector in Ghana with $700 million to enable the country to meet its local demand for fish and poultry which is projected to hit 671,000 tonnes annually by 2026.

As part of the project, 1 million tonnes of maize and 400,000 tonnes of soya bean are to be produced locally to support poultry production and aquaculture.

In addition, the project will build the capacity of local farmers and other players in the agricultural sector to help produce 300,000 tonnes of chicken for both local consumption and for export.

The Director of Agriculture and Agro-industry Development (AHAI) of AfDB, Dr Martin Fregene, who announced this in Accra, yesterday, said a total of 300,000 hectares of maize and soya bean would be planted at the beginning of the 2019 planting season.

He was speaking to the Daily Graphic at a workshop organised by AfDB to disseminate findings of a research that was commissioned by the bank under the Transformation of African Savannah Initiative (TASI), a project aimed at boosting local production of maize and soya bean.

Participants included officials of the bank, Ministry of Food and Agriculture (MOFA), representatives of farmer groups and researchers drawn from Latin-America.

In 2016, Ghana spent $2 billion on food imports, representing 15 per cent of the total import bill.

Fish and poultry constituted about 70 per cent of all animal imports, amounted to $417 million while $50 million was also spent on animal feed-related products.

The AfDB research further projected that by 2026, the demand for poultry in the country would hit 220,000 tonnes, representing a 43 per cent increase while fish demand would also increase by 19 per cent to 451,000 tonnes.

The report also indicated that the estimated increase in the demand for the two animal products would require the country to produce about 1.5 million tonnes (MT) of feed annually from 2026.

Dr Fregene also explained that the TASI project, which started in the country in November, 2017, is being implemented in seven other African savannah countries — Guinea, Central African Republic, Uganda, Kenya, Zimbabwe, the Democratic Republic of Congo, and Mozambique.

He added that although the AfDB was funding the project, other partners including the World Bank, the International Finance Corporation (IFC), and other private entities could come onboard to make it a success.

He said the target was to transform 200,000 hectares of the grassland savannah vegetation in each of the countries to support the production of maize, soya bean and livestock production.

Dr Fregene added that the TASI project would not only boost local production but also help to improve nutrition and create employment opportunities for many people.

The Deputy Minister of Agriculture, Dr Sagre Bambangi, lauded the stakeholders in the TASI project, saying that the adoption of innovations and technologies from other tropical countries abroad would lead to increased productivity in agriculture.

He underscored the government’s commitment to create a healthy environment and a cordial relationship with the private sector to ensure that initiatives aimed at improving agriculture were realised.

A Principal Agribusiness officer at AfDB, Ms Kemi Afun-Ogidan, also stressed on the need for the government to support the private sector by putting in place adequate infrastructure and fiscal policies for it to thrive.

She said it was important for the country to prioritise research and capacity-building initiatives for actors in the agriculture value chain to sustain the agricultural sector.