Mr Dedi Nadje is the frst Secretary General of the FCWC, appointed to lead the organisation on its formation in 2007. Dedi has established the administrative and legal basis of the FCWC and under his leadership many regional and sub-regional projects and initiatives have been implemented.

After completing his qualifcations as an Engineer of Waters, Forests and Environment Management at Felix Houphouët Boigny Polytechnic Institute, Côte d’Ivoire in 1996 Dedi obtained further qualifcations in Pedagogy, Fisheries policy, Aquaculture development, MCS, Ethics in Economy and Sustainable Development. Starting his career as Trainer and later Head of vocational Center of Fisheries and Aquaculture practitioners in Bouake and Tiebissou Dedi managed several projects in fsheries communities around Kossou and Ayamé lakes in Côte d’Ivoire, under World Bank projects.

As Secretary General of the FCWC Dedi has overseen the organisations participation in a range of regional and international projects from EU funded ACP FISH II, the FAO EAF Nansen Project; Conference of African Ministers in charge of Fisheries and Aquaculture (CAMFA) in 2010 and 2014 as well as contributing in ECOWAS and Africa Union Fisheries and Aquaculture policies development for coherence and strengthening institutional collaboration in African fsheries and aquaculture sector.

Vice-chair of Stop Illegal Fishing (SIF) from2013 to 2017, Dedi was an active member of the AU-NEPAD Team to establish the “African voice in fsheries” at FAO COFI since 2009. His contribution to the development of a strong strategy of awareness for West Africa coastal countries to combat illegal fshing has led to the establishment of the West Africa Task Force (WATF) which provides the region with a multi-agency and international approach to fghting illegal fshing.[/yjsgacgroup] 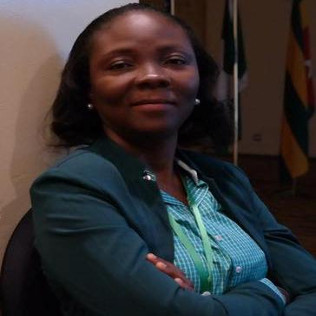 She has varied experience in the fsheries sector in Ghana, having started as a District Fisheries Ofcer in the year 2000 providing extension services to fsh farmers. She successfully managed one of the frst community-owned cage culture and integrated agriculture aquaculture projects in Ghana. Abena was actively involved in engaging artisanal fshermen in Tema, sensitizing them on relevant parts of Ghana’s fsheries and arbitrating in conﬂicts at sea. She also contributed to training fsheries ofcers across West Africa in fsheries statistics. Having a strong passion for evidence-based fsheries management, has been involved in marine fsheries research, particularly in the area of catch assessment statistics and participated in the planning of regional fsheries resources surveys in West Africa, managed by the UEMOA. Abena has also participated in national surveys in Ghana, aboard the research vessel, R/V Dr Fridtjof Nansen one of which she was the Co-Cruise Leader.

Abena joined the FCWC Secretariat in 2016 to assist in promoting cooperation among member states to ensure evidence-based management of the region’s fsheries resources, and Abena is keenly involved, as the regional Coordinator of the FAO TCP on strengthening routine fsheries data collection in FCWC region in support of decision making process and fsheries management.[/yjsgacgroup] 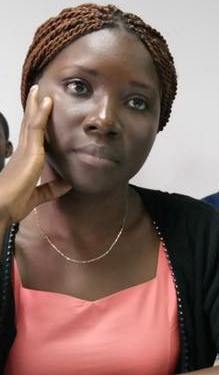 Viviane is currently working closely with the FCWC for the implementation of a project aiming at combatting IUU fshing in the FCWC member countries waters.

Viviane has a legal background, and is currently completing her doctoral studies specialising in maritime and environmental law as well as fsheries policy related to IUU fshing.

Viviane has been a consultant for many international organizations and projects including Oceana, USAID/COMFISH, Sea Around Us, and has collaborated with the University of British Columbia, and was the lead researcher on IUU fshing impacts and catch estimations in Senegal. Her valuable work as a monitoring, control and surveillance expert strengthens the FCWC staff.

For the last three years, Viviane has been the Regional Field Coordinator at Trygg Mat Tracking, working closely with the FCWC Secretariat for the implementation of a project aiming at combatting IUU fshing in the FCWC member countries waters. Her valuablework as a fsheries expert provides support to strengthen the FCWC staﬀ, which makes her a valuable asset to the Organization. Her contribution as a legal advisor to the organization on all legal related matters as well as maritime and environmental related issues are very well appreciated within the region.[/yjsgacgroup]

Mr Kpadonou is the webmaster of FCWC which he joined in 2010. He is an experienced website administrator with a demonstrated history of developing and hosting websites for restaurants, churches, NGOs and others. 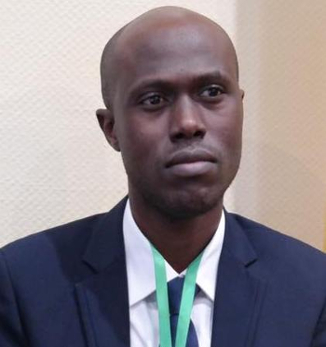 Mr. Joel Bio Bata is the Administrative and Financial Assistant of the FCWC, which he joined in 2013. With ten years of experience as an expert fnancial administrator, he has actively contributed to the improvement of the Financial Information System (FIS) of the organisation.
A management accountant by training, Bio Bata studied at Ecole Supérieur de Commerce et de Gestion and Institut Cerco-Benin.

His previous experience includes Finance and Administration of Development Projects and Programmes of the European Union in Benin for the Association Nationale des Organisations Professionnelles d’Eleveurs de Ruminants (ANOPER) of Benin and the Consortium IGF FOUNDATION & ED ONG in Benin.

He also worked as an Accountant for PGIPAP, a programme implemented by the Directorate of Fisheries of Benin with funding from the African Development Bank (AfDB).[/yjsgacgroup]

Felicia Agyei has been with the FCWC since 2011 and has served as the bilingual secretary to the secretary-general for this period. She is a Ghanaian with excellent oral communication skills which aid her in her contributions to the wider work of the FCWC.

She discharges several duties in addition to her secretarial duties including administrative support for the organization, handling logistical and travel arrangements among others.[/yjsgacgroup]
[/yjsgacs]