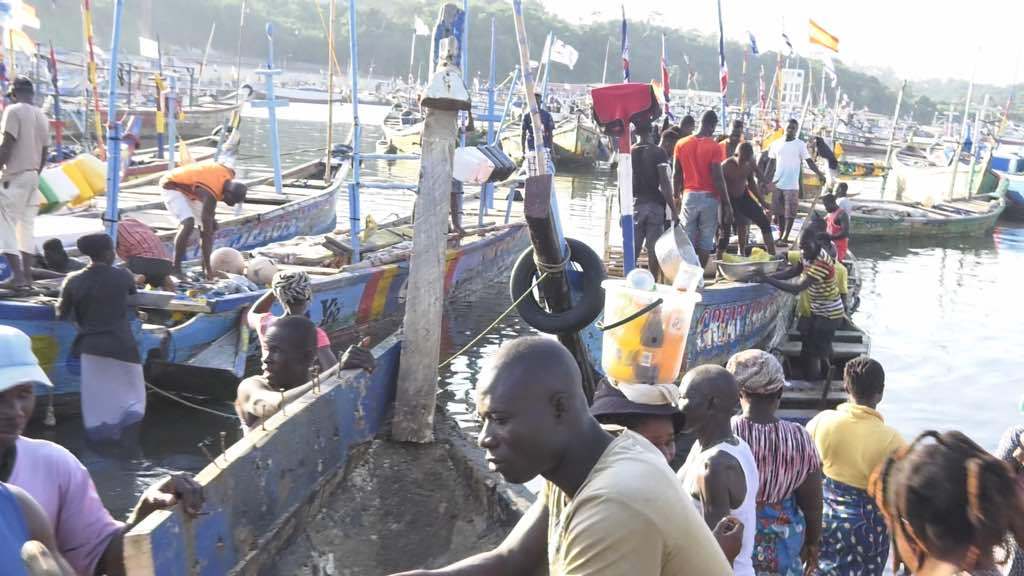 Ahead of government’s enforcement of the one month ban on inshore fishing, which takes effect next week, some fishermen along the coastline of Western Region have started migrating to neighboring countries to ply their business.

Government in June announced a closed fishing season in August as part of measures being taken to improve Ghana’s dwindling fish stocks.
Though some fishermen across the country have kicked against the decision which starts from August 7, the government is insistent on going ahead with the ban which will see all inshore fishing activities ceased for the period.
A chief fisherman at the Sekondi landing beach, Nana Kofi Essuon, told Takoradi-based Connect FM on Monday that the decision to agree to the ban was not unanimous as many of them are still not in favour of it.
“How can they agree to such a decision, without engaging first with us? But I blame the so called university graduates who do not have experience on sea but are forcing it on us,” he stated.
On what action they intend to take in the wake of government’s insistent, he said since fishing is their only trade, some of them have no option than to migrate with their families to neighbouring Abidjan and Monrovia until the season elapse.
He claimed those from Sekondi and Shama have already started leaving the shores of Ghana.
When Connect FM visited the Sekondi landing beach on Monday afternoon, there was brisk activity of the fisherfolks who had returned from sea. They were seen selling their stock to the fish mongers and other customers.

But Mr. Essuon  said “By Friday, you won’t get even a hundred fishermen in these areas”.

“Taxi drivers and other people who ply their trade here will be out of jobs, mark my words…government should be ready for a rise in social vices because the unemployment will have a great impact,” he said.

Other fisher folks expressed their displeasure about the decision.

“I can’t stay here for my mother and siblings to starve because of some big men. If you like come here by 6th August, you won’t see a single one here,” one of them said.

Another fisherman said: “We are moving en masse. Some are going to Sierra Leone, Liberia and Abidjan. There, we will have our peace of mind to work”.