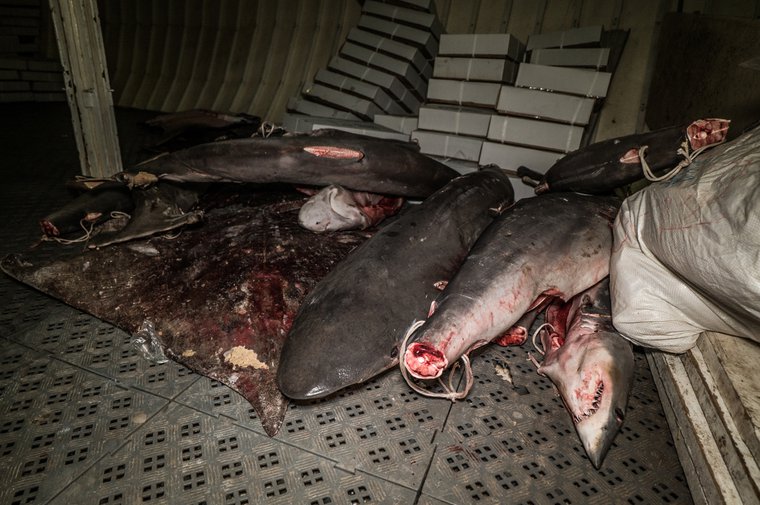 Despite strong support by member States, the International Commission for the Conservation of Atlantic Tunas (ICCAT) – the intergovernmental body chiefly responsible for managing tuna fisheries in the Atlantic Ocean – failed to approve an important proposal presented by Senegal to adopt a strong non-retention policy for the shortfin mako shark.

Considered to be the world’s fastest shark, the shortfin mako is particularly susceptible to overfishing, as it produces few young and matures later than other shark species.  A 2017 study found that the North Atlantic mako population only had a one-in-two chance of recovering from overfishing if catches were cut to zero and additional measures adopted. In recognition of the critical conservation state of the shortfin mako, the parties to the Convention on the International Trade in Endangered Species of Fauna and Flora (CITES), voted in favor of trade protections for this vulnerable species at the 18th Conference of the Parties, held in Geneva last August.

Senegal’s proposal was supported by 16 ICCAT parties, including the African coastal States of The Gambia, Gabon, and Liberia. These countries have partnered with Sea Shepherd to conduct joint at-sea patrols, resulting in the arrests of dozens of fishing vessels for illegal fishing and other fisheries crimes including the arrest of European fishing vessels for shark finning and the unlawful fishing of vulnerable deep sea shark species for the production of shark liver oil.

“The Gambia, Gabon and Liberia continue to show global leadership in the fight against illegal fishing – both at-sea by apprehending criminals poaching sharks and in global conservation forums by proposing tough shark protective measures. At Sea Shepherd, we are proud of our partners for leading the charge for protecting the shortfin mako shark at the latest meeting of ICCAT.”

Standing in the way of the proposal were the European Union (EU) and the United States – with each offering competing proposals that were riddled with exceptions and set catch quotas that were not in line with scientific advice. As a consequence, a considerably weaker version of the non-retention policy was adopted by the ICCAT parties. The EU’s opposition to Senegal’s proposal is particularly troubling given that EU fishing vessels are responsible for the vast majority of shortfin mako catches.

“It was extremely disappointing to see the EU and the United States ignore the best available science in favoring political expediency over conservation. To save the highly imperiled North Atlantic shortfin mako, appropriate action must be taken now to expedite population recovery. Setting quotas based on a probability of recovery in over 50 years from now is not only directly against the precautionary advice of the SCRS but also sets a dangerous precedent for shark populations impacted by ICCAT fisheries.”

Sea Shepherd thanks The Gambia, Gabon, and Liberia, as well as the other 13 supporters of Senegal’s proposal, for taking a strong conservation stance at the ICCAT meeting. With up to 31,000 sharks killed every hour by humans, shark populations have plummeted by 90% in the past century and one quarter of shark species are now at serious risk of extinction. The supporters of Senegal’s proposal recognized the critical need to protect sharks and, thus, the importance for enacting greater protections for the highly exploited short fin mako shark.