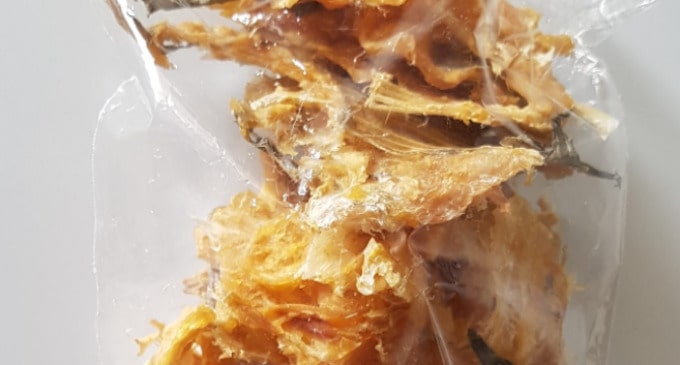 The Norwegian Seafood Council has appealed to the Nigerian government to remove stockfish from the list of items not eligible for foreign exchange.

Odd-Emil Ingebrigtsen, the Norwegian minister of fisheries, said there is a need to make forex accessible for the importation of stockfish.

“Today Nigeria is Norway’s largest market for stock-fish,” NAN quoted the minister to have said.

“As the Norwegian minister of fisheries, my target is to create more access for Norwegian Seafood.

“I would like to appreciate the Nigerian government for lowering the import duties for stock-fish head from 10 percent to five percent, thus bringing the cost of the commodity down.

“We would also want you to remove stock-fish from the list of products of foreign exchange barriers.”

Trond Kostveit, who convened the seminar on behalf of the council, said the commodity is important in the Nigerian diet.

“In 2014, the government of Nigeria placed some 41 products as unqualified for forex and unfortunately stockfish falls under the category.

“The placement of all kinds of fish under the forex embargo, I believe, is to boost local fish production which is quite understandable.

“Unfortunately, stockfish is very important to the Nigerian diet, hence we appeal for its removal from the forex embargo.

“There are very many good reasons why we must take off stockfish from the list, hence the reason for the seminar organised by the Norwegian Seafood Council.”

Ime Umoh, who represented the minister of agriculture and rural development, said there is a need for collaboration between governments of Norway and Nigeria to boost aquaculture production in Nigeria.

“The total fish production in Nigeria is about 1.123 million metric tons, which included imported fish. But these still do not satisfy the total national fish demand,” Umoh said.

“The volume of stockfish and stockfish heads, imported from Norway into Nigeria is only about 8,000 metric tons and this represents about 0.4 percent of the total volume of fish import.

“With this, it could be said that the total volume of foreign exchange consumed by this product is very minimal.

“The sales and consumption of stock-fish in Nigeria has created an important niche for itself.

“Stockfish has given employment to many Nigerians and many livelihoods depend on it within and across the country.”

He said that despite the fact that the government needs to reduce the nation’s import bills, “we need to take cognisance of the importance of cheap and affordable protein and other nutrients for the Nigerian populace’’.

According to him, while initiating policies and regulations, there is a need to be aware of the reciprocity of trade among nations.

“The fact is that we can also involve our trading partners, like Norway, to assist us with backward integration process into commercial aquaculture,’’ he said.

The CBN had on June 23, 2015, placed a ban on providing forex for the importation of 41 items to conserve reserves and encourage local production of the items.