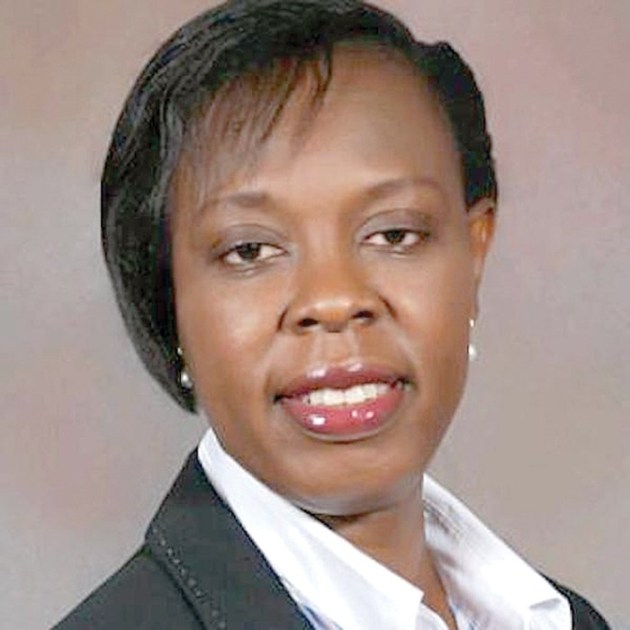 Mrs Jean Chiazor Anishere is the President of African Women in Maritime otherwise known as WimAfrica. In this chat with Vanguard, she speaks on the activities of WimAfrica, piracy, and appeals to government to empower women in the Maritime industry, provide adequate security on the nation’s waters and then watch the economy boom.

Can you tell us what African Women in Maritime, WimAfrica is all about?

WimAfrica is a continental body under the auspices of the African Union, AU. It is comprised of over 17 African countries from where we draw women into the Maritime industry. Our mission statement is Towards Sustaining African Oceans and Seas working on the Agenda 2063 of the African Union on the blue economy paradigm. It’s exciting to note that WimAfrica won the Blue Economy Global Award last year in Nairobi, Kenya. WimAfrica was founded in 2015 in Luanda, Angola, and the founding president is Madam Rosa Subriono from Angola.

We spoke to other regional bodies of women organisations on how we can empower women in the Maritime industry, the issue of seafarers, women ship owners, aquaculture, women in the fishing industry, their challenges, how we can empower them to overcome these challenges and how we can make ourselves relevant not only in the Maritime industry but also in our various countries and the world at large.

WimAfrica is aspiring to own a ship. We have come to appreciate that most of our young girls who have been trained as cadets and who are seafarers, do not have the requisite sea time that will enable them grow in their vocation to becoming master mariners or second officers. This is because of the dearth of ships in Africa as a whole. We don’t really have ships that these young girls and boys could actually get onboard to attain their requisite sea time. So at the last conference we had in Kwa-Zulu Natal, South Africa, WimAfrica decided that we should come together, source for funds and build a training ship right here in Africa. May be it’s going to be in South Africa or somewhere, I don’t know, it’s still in the pipeline and that ship will be used to train our girls and boys who are seafarers so that we can finally turn out expert mariners and that might spur Africans on to own ships. The continent is big enough for us to trade within our territorial waters going forward so it’s actually a dynamic association to which I am very proud to belong.

One of the challenges I see is the language barrier because we speak four languages – Arabic, Portuguese, French and English. I speak French now and I am learning Portuguese. I haven’t ventured into Arabic but I am hoping to do so soon. We have members from North Africa – Egypt and Tunisia. We are actually going to be in Tunisia this month because they are having the second Global Blue Economic Conference in Tunis. WimAfrica is partnering with them and we are going to use that opportunity to inaugurate a chapter in Tunisia.

Another interesting part of WimAfrica is that we have chapters in various countries; it makes it easy for us to coordinate and organise ourselves. We have WimA Nigeria, WimA Ghana, WimA Angola, WimA Togo, WimA Congo RDC, WimA South Africa, WimA Mozambique, WimA Kenya, WimA Sierra Leone and we are counting.

Sea piracy is real. What is your organisation doing about foreigners coming illegally to fish on our waters?

Piracy was discussed in South Africa. We have the fishes here but then we saw that they come midstream illegally and our people are even the ones who help them to take these fishes away and then sell them to us as a product. It’s all part of education – skills acquisition, empowerment, infrastructure and funding, so it behooves our government to ensure that our women who are in the fishing industry, who own fish trawlers, are empowered and those who want to own fish trawlers get the requisite funding with single digit to enable them buy these trawlers because when we have a fish trawler association, you can imagine the strength that it can bring to bear and then they would be able to have an MoU signed with the Nigerian Navy or the Marine Police to ensure that there is protection of their belts and the Federal Government will give them a grant for the purpose of fishing. That way, we will not have this piracy issue. Africa is so well endowed.

You will be surprised what we have in Congo, even in Angola, that’s probably because I have not been so privileged to see what we have in the Niger-Delta but I’m sure we have something just as big if not that our waters have been polluted with oil because coming down to Lagos where I reside, the types of fish the Makoko women in fishing came out with when we visited, were something else! And they were caught in our waters right here in Lagos, we were told. One of the fishes we saw was as big as a 12-year-old child. So our government needs to fund those who are interested in owning trawlers, give them funds with single digit so that they can buy trawlers. Once they are equipped and the environment is good, ie we have the basic infrastructure, they have security to protect them from pirates, then I can assure you that it will become another great industry that will create jobs to give economic boom to our nation.

In Nigeria, we bought a fish oven that can grill over 150 fishes at a go, for women in the fishing community in Makoko, Lagos State. We saw that problem and solved it.

It’s a good start and we want to spread it round. They have a cooling system and generator because of the epileptic power supply but it is quite expensive to fuel the generator. We felt they could also grill or smoke the fish and export if need be but there is enough market in Nigeria.

In Togo, we did something bigger. WimA Togo was lucky to have the founder of WimAfrica, Dr Nkosazana Dlamini-Zuma, who was the first female chairperson of the AU, visit them. She is South African and presently a minister in President Ramaphosa‘s government. Madam Zuma was in Togo two years ago when WimAfrica had the Maritime Safety Conference. She went to the women in the fishing community in Lome, and found out that they didn’t have toilets and that, to her, was unacceptable so she donated generously towards putting up such conveniences in that community. It was such a huge amount of money that we felt building toilets alone will not be sufficient so we used quite a chunk of that money to build a fish centre.

We have something like a board room where they could actually display their species of fish so people can buy. They have tilapia, seal, catfish, croaker, lobsters, you name it. Then we have mini rooms where they can be trained on how to keep these species healthy. We can invite people from other countries to come and teach them how to ensure that these fishes are fit for human consumption and of course, we built the toilets and then we put showers because they may want to take a bath. The men are equally supportive so we have over 12 conveniences for men and 12 for women with showers. It is a big centre which we named after Dr. Zuma.

The deficit of what was left from the money was shared to other WimA chapters that have identified projects like Nigeria where we bought the fish oven. WimA Congo, otherwise known as DRC, is also thinking of buying fish ovens. WimA Cameroun is doing something bigger. They want to have some kind of fish centre that will have boats come to berth and then take the fish away from the processing rooms for export purpose or for sale, the same thing is what Angola has put together and we are soliciting funds for the projects. We do hope that Nigeria will come up with such project as well.

For WimA Nigeria, I have told the President, Hajiya Bola Muse, to ensure it wears a federal character. Now we have done Lagos, so we should look at other zones, may be the Niger-Delta, may be Lokoja or the northern part of the country and see what we can do for those women in the communities.

Finally, we do mentoring; we not only mentor the young ones because we appreciate the fact that we are going to retire at good old ages so we need to step aside for the younger ones to continue from where we stop and even do better, so we mentor and get them jobs. I am excited to say that WimA Nigeria not only identified one of the best Nigerian cadets, sponsored by NIMASA some two, three years back for the seafaring training, but she came back with a first class and no jobs! But we were able to approach one of our advisory board members, the MD of Nigeria Ports Authority, Hajia Hadiza Bala Usman and today, Engr. Damilola is working as a marine engineer in NPA. So this is one of the many good stories that WimAfrica under its various chapters, has been doing.

Also talking about the blue economy, we have trained students in various schools on plastic recycling and we use these plastics to make ornaments we can wear to beautify ourselves as opposed to littering the seabed, waters and our drains. They are poisonous to the fishes, they block the drains and constitute environmental hazard to us. Then we use the used tyres as side tables. It is exciting to see what we have done with those plastics and debris. We turn them from waste to wealth and we use these young ones to do that. We train these youths to use used tyres to create parks, playgrounds and use plastics to make toys and games and they do same for others, build parks for themselves with all these things.

This, to me, is another huge project which we started; it is all documented in our first journal.