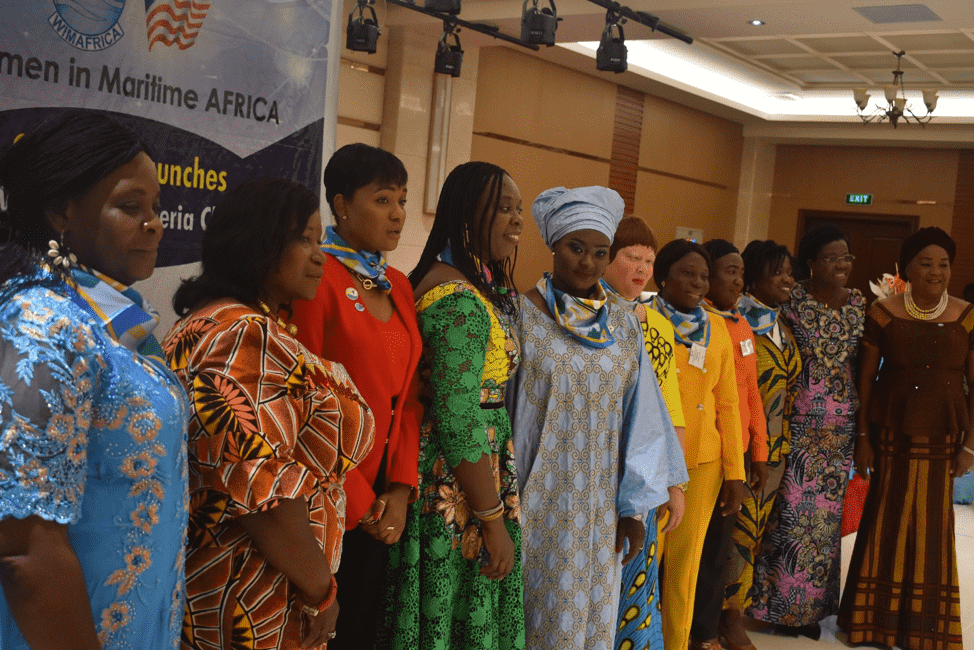 MONROVIA – Liberia has joined others countries in Africa in the establishment of a chapter of Women in Maritime in Africa (WIMAFRICA) in partnership with the International Maritime Organization (IMO) of the United Nations.

Speaking Monday, December 23, 2019 at Programs making the Official Induction of Code of Officers and the Launching of the Women in Maritime in Africa Liberia Chapter, the historic president Mrs. Emma Metieh Glassco stressed “that the empowerment of more women in the maritime sector cannot be ignored”.

Mrs. Glassco who currently serves as the Director-General at the National Fisheries and Aquaculture Authority challenged women across Liberia to “develop an interest in the field of maritime and its related sectors in order to compete with their male counterparts as the potential for empowerment and prospect of realizing a professional life.”

Mrs. Glassco said the Women in Maritime Liberia chapter will broaden its scope to include “women from other maritime-related sectors including fisheries, oil industry, environment, commerce and transport”.

Providing statistics on the current number of women in the Maritime sector across the world, Mrs. Glassco pointed out that only two percent of the world’s 1.2 million seafarers and 94 percent of female seafarers are working in the cruise industry within this historically male-dominated industry.

She further revealed that in Liberia, there is no definite statistics on the percentage ratio of women employed in the maritime and maritime-related sectors, but recent training provided by the Fisheries Authority to sea-farers in 2018 revealed that only one out of 50 trainees are women signifying only two percent.

The Women in Maritime Africa Liberia’s Chapter Boss added that “this number further substantiates low participation of women in the maritime sector and the said the empowerment of more women in this sector cannot be ignored”.

Commenting on the vision of the Women in Maritime in Africa Liberia’s Chapter Madam Glassco said they will “engage relevant stakeholders and partners to mobilize the necessary resources to provide training and opportunities for more women in maritime related training”.

“We see prospect and we call on the leadership of WIMAFRICA Network, the African Union, the Economic Community of West Africa States, the International Maritime Organization, United Nations and other Partners to join us in this cause to provide opportunities, short and long term, as well as technical training for women to develop skills in maritime and related field in order to increase women visibility and participation” the WINAFRICA Liberia Chapter President mentioned.

Meanwhile, the President of women in maritime Africa has commended the Director-General of the National Fisheries and Aquaculture Authority NaFAA for accepting the challenge to rally women in the maritime community to establish the Liberian Chapter of WINAFRICA.

Madam Jean Chiazor Anishere president of Women in Maritime Africa Network disclosed that Liberia has become the 30th member organization of WINAFRICA that have established a national chapter and has the potential to transform the lives of women across throughout the country.

At the same time, the Assistant Secretary-General of IMO of the United Nations disclosed that IMO has adopted a resolution which is aimed at providing a platform for women across the world to gain access to the maritime world and contribute immensely to the development of the sector.

Making remarks during the ceremony Hon. Lawrence Barchue pledged his support to the overall empowerment of Liberia through the support of the International Maritime Organization of the United Nations.

The African Women in Maritime Association (WIMAFRICA) is made up of female maritime professionals, leaders, and entrepreneurs throughout the African maritime sector (and related areas) from all the countries and various regions and sub-regions of the continent.

The aim of the Association is to increase the visibility of women in the maritime sector which is perceived to be a male-dominated sector. It also includes cooperation in building capacity, training, education and development of entrepreneurial projects in order to contribute effectively to global efforts towards Women’s Economic Empowerment, Representation and Leadership in Maritime and the Blue Economy.  The establishment of WIMAFRICA is to contribute effectively to realize the African Union Agenda 2063.

The Organization, Women in Maritime in Africa (WIMAFRICA), was created on March 26th, 2015 in Luanda (Republic of ANGOLA) in partnership with the International Maritime Organization (IMO) of the United Nations while the Statutes of the Organization were adopted in July 25th 2015, at the AU (African Union) Headquarters, in Addis Ababa (Ethiopia) by 11 Countries.

WIMAFRICA is part of a Network of several other International Maritime Organization (IMO) recognized regional women in maritime network worldwide.