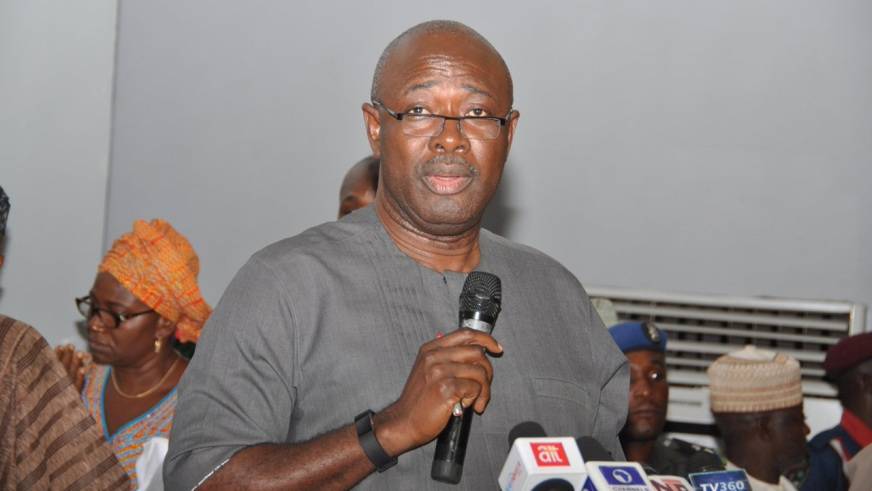 The Minister of State for Agriculture, Senator Heineken Lokpobiri, has asked fish farmers in the country to embrace new technology in order to increase their yields.

He said the only way fish farmers in the country can improve their yield is for them to change their traditional farming method and embrace new technology like their counterparts from other parts of the world.

The minister noted that with over 200 different fish species that abound in the nation’s coastal waters, Nigerian fish farmers should take advantage of the huge local and foreign markets, as well as government support to bridge the gap in fish production in the country.

Lokpobiri insisted that it is only by embracing new technology that fish farmers can end fish importation into the country, as well as be competitive with their counterparts globally.

The Special Adviser on Media to the Minister, George Oji in a statement, said Lokpobiri gave this task to fish farmers when he (minister) received a technical team from Olam Grains who came to show-case some investment opportunities and new application of technology in the mariculture sub-sector of our economy in his office at the weekend in Abuja.

The minister, according to the statement, used the opportunity to assure fish farmers in the country of his ministry’s readiness to do everything legally possible to collaborate and partner with them in order to grow the aqua culture business in the country, with huge potential.

“The ministry will do everything legally possible to collaborate with you, including in the area of policy support to ensure that the huge gap in fish production in the country is bridged.

“If we partner you, you will be able to upscale your production and bridge the huge gap in local fish consumption as well as the large export potentials that abound in the country,” the minister said.

Currently, the nation’s total annual fish demands stands at 3.5 million tonnes, out of which Nigeria farmers only produce 1.1million tons from all sources (aquaculture, artisanal and Industrial sectors including shrimps) leaving a deficit of about 2.4million tonnes to be supplemented by importation.

In his lead presentation at the occasion, leader of the technical team, Professor Mathew Tan from the James Cook university Australia, also urged Nigerian fish farmers to embrace the new innovations that abound in fish farming across the globe now to grow their yields.

Tan used the opportunity to make a strong case for fish farmers in the country to embrace Sea Bass (Barramundi) fish production in the country as part of the diversification of fish species in Nigeria.

He stated that research conducted by Olam showed that Barramundi can grow in sea and fresh waters in the country, making it possible to grow and multiply the fish in Nigeria.

Found mainly in the Asian and Mediterranean region of the world, Sea Bass or Barramundi fish according to the professor is highly nutritional and contains omega 3 and fatty acid, which is good for human body, especially pregnant women and children.

Besides diversifying the nation’s fish species, Barramundi according to Tan, if grown in large scale would bridge the gap between demand and supply of fish in the country, help in employment generation as well as generate needed foreign currency.