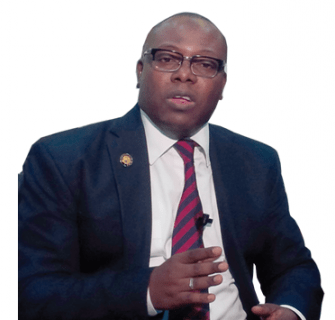 Lagos State Government on Wednesday empowered 40 youth fish farmers in the sea caging culture system in Afowo Community in Badagry with 40 cages of 1,000 juvenile catfish per cage under the Cage Culture Project, an economical use of open water to develop aquaculture and improve nutrition.

The State Commissioner for Agriculture, Prince Gbolahan Lawal who disclosed this on Wednesday at an inspection tour of the facility explained that the Cage Culture System of Fish Farming is one of the ways being championed by the State Government to maximize the benefits of the abundance of water resources in the State which accounted for about 22 percent of the State’s landmass.

Lawal described the system as an environmental friendly way of increasing fish supply in the state as well as increasing foreign exchange which is spent on fish importation, adding that the cage culture would create employment opportunities both directly and indirectly.

He explained that the cage culture system was a cheaper method of fish rearing which allows for fish to be reared in their natural habitat stressing that no fewer than 40,000 fishes would be harvested at the Afowo fish farm, Badagry, at the end of the 4- month rearing period.

“I am particularly happy and satisfy that the local community has shown her unflinching support for this initiative right from the installation stage. I am even more delighted that the cages were constructed with native material and the fish would be fed just like in concrete fish ponds,” the Commissioner averred.

Lawal further noted that the caging project is a continuous one with farming sites in the riverine areas of the state including Eti-Osa, Ikorodu, Ojo and Epe local government areas.

Commending the 40 beneficiaries, Lawal implored other fish farmers in the State to take advantage of the Cage Culture initiative noting that the State Government is ready to support and partner with anyone or group that is willing to contribute to food security in the State.

Speaking on behalf of the beneficiaries, Mrs. Ladega Grace said that the empowerment is a proof of the State Government’s commitment to improve the standard of living of rural fisherfolks in the State through the utilisation of natural endowments.

She applauded Governor Sanwo-Olu for approving the funds for the take-off of the fish cage and pen culture in Afowo, Badagry and assured that each of the beneficiaries would take due advantage of the empowerment to increase fish production in the community.