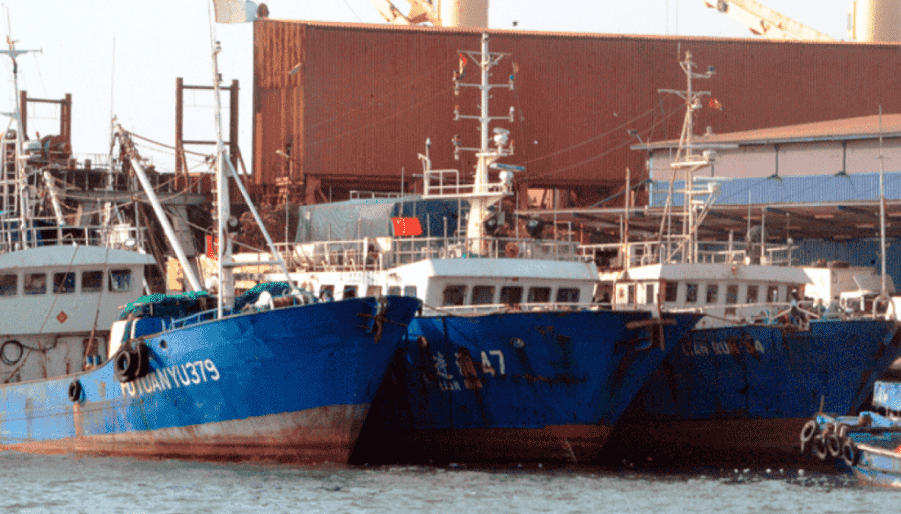 MONROVIA – The Liberian government has refused to issue fishing licenses to a fleet of six Chinese-flagged supertrawlers, safeguarding local livelihoods and food security. The vessels would have been capable of taking over 12,000 tonnes of fish a year – nearly twice the nation’s sustainable catch of key species that local fishers depend on. Liberia’s decision follows Senegal’s refusal to license a fleet of foreign trawlers earlier the year. It marks a turning point in the effort to protect West African small-scale fisheries and the ecosystems they depend on.

On 12 June, six newly-built supertrawlers arrived in Liberia and promptly applied for licenses to fish in the West African country’s waters. Each supertrawler may be capable of catching over 2,000 tonnes of bottom-dwelling fish species a year, a key catch for local fishers. This is 4,000 times the catch of a local Kru canoe, which catch an average of 500 kg a year and would have meant the vessels would have gravely contravened sustainable fishing targets.

The Director-General of the Liberian National Fisheries and Aquaculture Authority (NaFAA), Emma Glassco, confirmed on national radio in September that Liberia “will not grant access to the Chinese super-trawlers to engage in fishing activities in the Liberian waters.” She described the decision as “a new phase in the development of the fisheries sector and positive step towards promoting legal and sustainable fishing in Liberia, and West Africa more broadly.”

Jerry N. Blamo, the President of the Liberia Artisanal Fishermen’s Association, welcomed the decision, saying, “We are deeply grateful that the decision has been taken to prioritise the development of small-scale fishers and avoid giving access to large industrial super-trawlers. This will give Liberian fishers the chance to fish sustainably to feed their families and the country, not only now but for generations to come.”

The arrival of the vessels had sparked serious concern from small-scale fishers. 80% of Liberia’s population is dependent on fish for essential dietary protein, and the sector provides full- or part-time employment for 37,000 people.

The decision to not grant the licenses may mark a turning point in efforts by West African countries to protect their marine resources. Earlier in the year, Senegal rejected applications from 52 foreign trawlers that would have put an enormous strain on local marine resources.

Liberian fisheries legislation requires that only vessels that do not “threaten the sustainability of a fishery resource” are licensed by National Fisheries and Aquaculture Authority.

Liberia’s decision also attracted the praise of the Environmental Justice Foundation (EJF), an international NGO that is implementing a European Union-funded project in Liberia that works with small-scale fishers to combat illegal fishing and promote community management of local fishing resources.

EJF’s Executive Director, Steve Trent, said “The decision by Emma Glassco and NaFAA to refuse licenses to these supertrawlers is an important milestone in the sustainable management of Liberia’s fisheries. We further commend the transparent process undertaken by Liberia to consider these licenses. It sends a clear message across West Africa that states in the region can prioritise local fishing communities to protect the marine environment and the jobs and food security that it supports.”