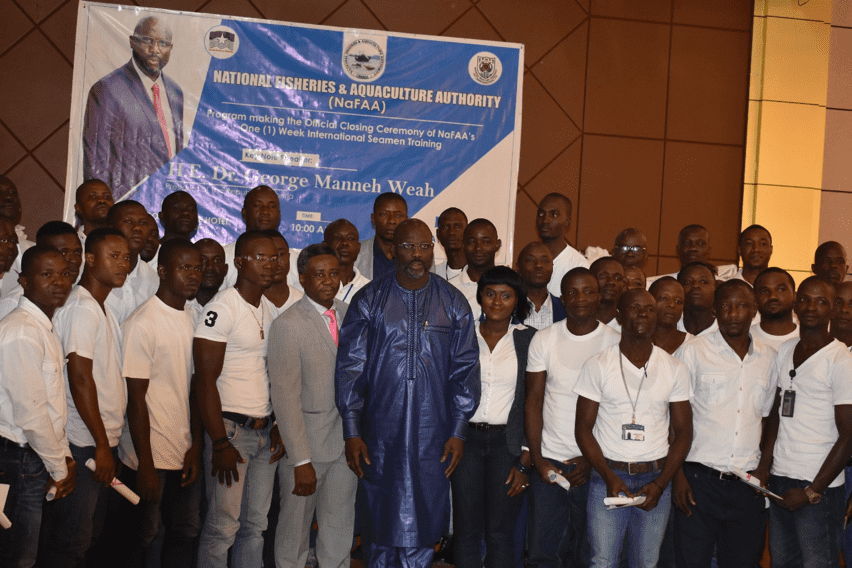 MONROVIA – For the first time in a long while, (since 1989) the government of Liberia through the National Fisheries and Aquaculture Authority in collaboration with the Liberia Maritime Authority, the first batch of trained and certified international seafarers are to shortly be deployed on Liberia’s licensed EU fishing vessels and Liberian flagged tuna vessels.

Although Liberia signed the Sustainable Fisheries Partnership Agreement with EU in 2016, unfortunately, there have been no Liberian Seafarers deployed on any of the 33 EU fishing vessels including other international vessels licensed and flagged by Liberia because of the lack of capacity and required skills. However, under the astute leadership of His Excellency, Dr. George Manneh Weah, President of Liberia, all efforts have been made through the National Fisheries and Aquaculture Authority (NaFAA) to have the internationally trained Liberian Seafarers deploy on the EU vessels and other international vessels. He has emphasized that such decision be implemented as a mandatory requirement for fishing vessels licensed by NaFaa as well as a mandatory provision in future bilateral or private Fisheries Access Agreement.  This effort is aimed at providing Liberians seafarers job and networking opportunities as well as international exposure with other international seafarers.

The nine Liberian Seafarers are expected to work on board three (9%) European Union fishing vessels licensed under the Sustainable Fisheries Partnership Agreement (SFPA) signed 2016 to fish in Africa including the Liberian Exclusive Economy Zone (EEZ) and other parts of the world.

According to a NaFAA press release, which quoted the Director General of NaFAA Mrs. Emma Metieh Glassco there has been a demand from nafaa, that the three European fishing vessel carrying Liberian trained Seafarers dock at designated ports where the nine Seafarers will be given the opportunity to board.

The Nine (9) Liberian Seafarers are drawn from the list of fifty (50) Seafarers who underwent international seafarers training sponsored by NaFAA and facilitated by Experts from the Regional Maritime University in Ghana. The 50 Seafarers were certificated in 2018 by President George Weah.