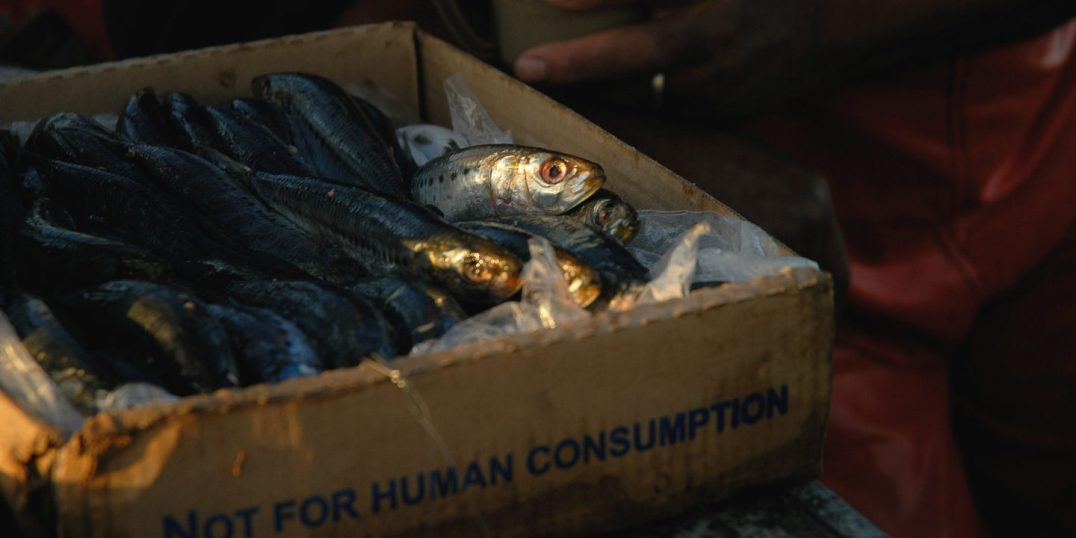 Fish from China sold in Kenya have been discovered to contain traces of heavy metals that threaten human health, a laboratory at the University of Nairobi found. Samples of fish bought from a wholesale trader at Nairobi’s Gikomba market in 2018 contained tiny amounts of lead, mercury, arsenic and copper, reported local media.

The findings have stoked public fears over the quality of fish imported from China, and elsewhere, into African countries as volumes rise, displacing the domestic maritime sector.

The report was commissioned by local media organisation Nation Media Group. It blamed the traces of heavy metals on polluted ponds used to farm the fish. Although the levels were within permissible limits according to the World Health Organisation (WHO), the findings have nonetheless raised wider concerns over the safety of aquaculture, which farming companies claim is a sustainable alternative to wild-caught fish.

China has become a leading exporter of fish to many African countries, including Kenya, Ghana and Tanzania. In the wake of the findings, Kenya’s government is under pressure to take action to safeguard fish supply chains, which provide the region with its main source of protein.

China is in fact the world’s leading exporter of frozen fish. In 2017, Chinese exports represented 11.6% of the market (or US$2.7 billion), followed by the US with 9.5% and Russia  with 8.7%. The trade in fish between China and Africa has increased rapidly in the past ten years compared to other goods.

Kenya imported fish valued at US$12 million in 2017, up from US$10 million in 2016. Consumption has been increasing due to growing recognition of its nutritional value, population increase and food storage improvements.

Domestic production has proven unable to meet demand though. The Kenya National Bureau of Standards estimates the country requires imports of 800,000 tons a year.

This gap between production and demand is due to low investment in fisheries and near-obsolete technology used by local fishermen, according to Melchzedeck Osore, a senior researcher at the Kenya Marine and Fisheries Research Institute.

Fish from China is often cheaper than local fish, making it a popular choice for restaurants, food kiosks and homes.

Locals are keen to learn from China, which has become an efficient producer of fish, according to Sloans Chimatiro, the Zambian representative of WorldFish, an international non-profit that works to alleviate poverty by harnessing the power of fisheries.

The food safety fears highlight the need for African governments to take charge of fish import standards to ensure a robust inspection regime and the strict enforcement of hygiene standards in their countries. Standards must be enforced along the value chain from fishermen to exporters, transporters, importers, distributors and retailers, say experts.

So what standards are currently in place? African countries are required to ensure fish and fish products meet the Codex Alimentarius Commission standards, an international code for hygiene and safety applied to all traded food, and created jointly by the UN Food and Agricultural Organization (FAO) and the WHO.

It is intended to guide countries in crafting national legislation to regulate industry for the safety of citizens.

“The Codex has established maximum levels for methylmercury [found in the Kenyan fish] in certain fish species, which means that above certain levels, such fish for which maximum levels have been established should not enter the food chain,” Chimatiro explained.

Governments must step up

“The enforcement of laws, regulations and standards is done by the national competent authorities, including ministries of fisheries,” said Blaise Ouattara, food and safety officer at FAO Africa in Accra, Ghana.

Currently, authorities must demand traders hold a certificate of origin with details on the fishing vessel, fishing area, time of capture and duration of storage, he added.

Ouatarra believes the Codex standard does not go far enough.

“In principle, no levels (of metals and compounds) are safe. Since many compounds may accumulate in the body, pregnant and breastfeeding women and children could be extra vulnerable to certain heavy metals,” Ouatarra said.

In Kenya, the Bureau of Standards, with support from the Marine and Fisheries Research Institute, is responsible for inspecting fish. However, according to Outarra “not all African countries are in a position to test imported fish. Those who can, seem reluctant.”

Toxins in the food chain

Farmed fish have generally lower levels of pollutants than fish caught in rivers, lakes and the ocean, but are more exposed to human and veterinary drugs, such as antibiotics, according to WHO official Kim Peterson. Certain forms of pollution, for example heavy metals such as methylmercury, occur mainly at sea, explained Sarah Cahill of the Codex commission.

Peterson said, “Wild fish normally grow slower, live longer and are exposed to higher concentrations of environmental contaminants through their natural feed than farmed fish, whose feed is controlled and regulated.”

However, farmed fish, which are reared in crowded pens where disease spreads more easily, are exposed to antibiotics to make them grow faster and keep diseases and pests at bay.

“The use of drugs in the production of farmed fish can cause residues of antibiotics in the final product,” said Peterson.

How fish are handled and stored is a major determinant of whether contamination occurs or not.

Irrespective of the source, it is critical to follow good practices after harvest to prevent contamination during processing and distribution, according to Cahill.

“Sometimes fish is sneaked in by traders through porous borders, not only to avoid inspection but mainly to avoid paying taxes,” said Chimatiro.